In the main event of UFC 204, Michael Bisping and Dan Henderson squared off in what turned out to be an epic five-round war.

The fight was an extremely back and forth one, with Henderson dropping Bisping in both the first and second rounds. Ultimately Bisping showed his incredible toughness & heart as he recovered each time, and continued to be the aggressor as he continued to pour out an incredible volume of strikes en route to a unanimous decision win.

After the fight, both Bisping and Henderson addressed the crowd, with Bisping praising Henderson for not only giving him an incredible fight, but also for being an MMA legend. In addition, Bisping proceeded to use his time on the mic to send a message to the rest of the middleweight division. 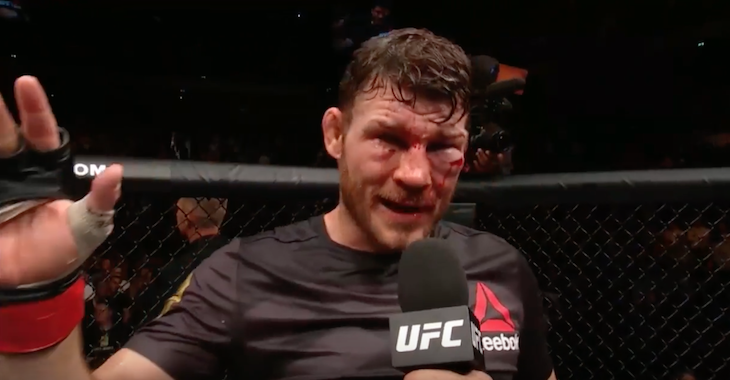 “Forgive my language…all you f**k heads in the rest of the division. Weidman, what the hell? You lost your last fight! I’ve got three victories since you got your ass kicked by Luke Rockhold. Rockhold, I knocked you out in three minutes buddy. Yoel Romero, you were suspended for steroids, shame on you! And Jacare, you just got beat by Yoel! All of you, win a fight, get off the couch, and let’s fucking do this!”

Henderson followed up Bisping’s speech with one of his own, where he confirmed that he was indeed retiring after the fight. 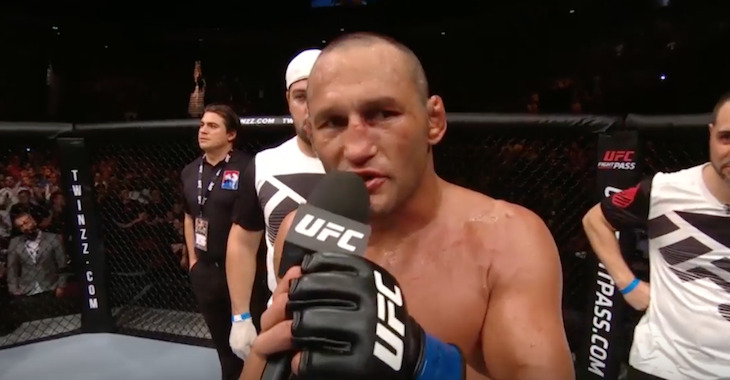 “Yeah. I guess fortunate for you guys, unfortunate for those who didn’t come, that was the last time anyone will see me fight live. I appreciate all the support throughout the years, worldwide. I gave my heart & soul to this sport, and fans like you, even though you booed be at the beginning of the night, made it worthwhile for me to keep competing year after year. I just absolutely love the sport, and I want to say thank you to the fans for making this fight happen, and thank you to Michael Bisping for giving this opportunity, my last fight, to fight for the belt. I came up a little short, but not bad for an old man.”