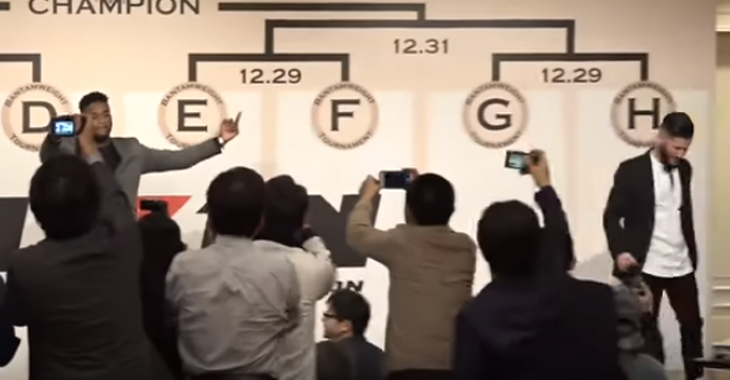 Just a couple of days after his UFC release, flyweight Ian McCall signed on with Japanese fighting organization RIZIN. He recently spoke in-depth to us about him jumping ship to the promotion, which is enjoying a meteoric rise from the ashes of Pride. He’ll be competing in the electric bantamweight grand prix and has his eyes on former UFC fighter Kyoji Horiguchi. Before McCall can get to him though, he’ll have to get through Manel Kape though. His potential remains somewhat of a mystery besides his first round finish of Erson Yamamoto last weekend, but right now it’s his mouth that’s running amok.

“Well, I was finally healthy and I just felt like leaving the UFC and where else would I go besides here? There’s no where else I’d rather be. That’s why I’m here. I’m excited to hear about this grand prix and excited to fight these sort of fighters. It’s a good, talented group of people so I’m excited to be here. But specifically you [Kyoji Horiguchi]. I’m coming for you. Everybody else wants you, I want you too. We should have fought in the UFC and he’s very accomplished. He’s very good and I think that he’s got the most steam behind everybody because he’s the best.” — Ian McCall at the RIZIN press conference.

Not only did Manel Kape almost get into a fight with Ian McCall, talk trash to him on stage, but he also continuously interrupted him the whole time he was trying to address the crowd and speak respectfully towards Horiguchi. Finally, during the photos at the end Ian McCall had enough. Kape insisted on inching as close as he could toward McCall until he just walked off stage, Kape giving him the finger behind his back. For a guy that told everyone that this was ‘his tournament’ and he’d ‘kill’ all the fighters. Let’s see if he backs it up. Beating a fighter like McCall would be huge for his career.