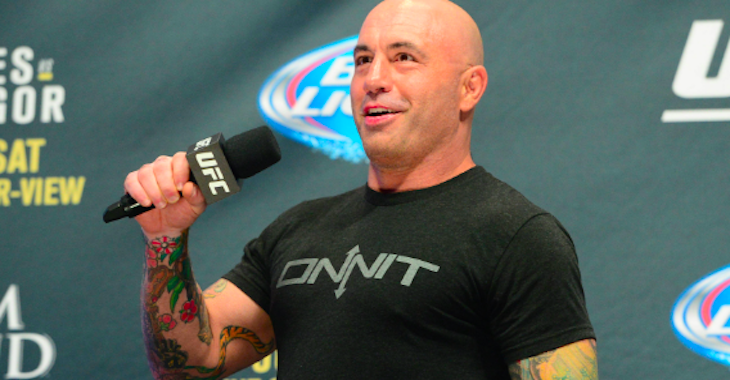 It seems like CM Punk’s return to the Octagon is getting closer and closer to actually happening, so now the MMA media are going through a serious case of déjà vu. The past repeats itself, the snake eats his own tail, and everything that’s new is old. Brendan Schaub recently brought up CM Punk to Joe Rogan and asked him just how long it would take the triple black belt to dispose of the former WWE champion. His answer was very similar to what he said to UFC’s Joe Lauzon all the way back in 2014.

[Me beating CM Punk in MMA] certainly wouldn’t be quicker than how badly or how quickly I would fail the drug test. [The fight] would never take place. The way I would describe that drug test: I would piss in the cup, they would put it in the machine and it would go off like — You ever see that Bugs Bunny cartoon where they f-cking hit the hammer on the toy, and the thing slides up and hits the bell, and the bell goes flying through the air? That’s what would happen. They’d be like, ‘He’s on everything and he’s high right now.’ Yeah, I’m not interested in [a Brock Lesnar USADA exemption]. I’m not interested [in fighting CM Punk].” “I wish the guy well, but what he’s doing I would’ve never recommended. I would never recommend climbing Mount Everest without a guide. I would never recommend you even making an attempt at running a marathon if you’ve never run a step. And I know that he’s had some training, but to jump right in to fight in the UFC against a kid like Mickey Gall — who is a f-cking killer. He’s really good on the ground, way better than you on the ground. The idea that someone would think that that’s a good idea — I know it’s probably a sh-t ton of money [the UFC] gave him, but if you wanted to do it right, you’d say, ‘Listen dude, we gotta get you an amateur fight against someone who is of similar skill level and similar experience level.” — Joe Rogan speaking to Brendan Schaub on the latest Joe Rogan MMA Show.

It’s hard to believe we’ve been talking about CM Punk fighting in the UFC for over four years. For anyone who has been through the entire ride, we went through a list of potential opponents that included Rogan himself and even Jason David Frank, better known as the Green Ranger. No clue who would meet the man in the UFC again, but there’s a lot of talk now about Floyd Mayweather.