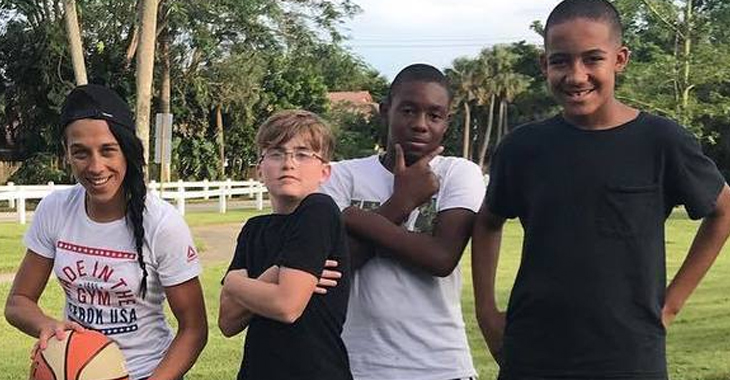 Next weekend, UFC 217 will finally be upon us, lighting up the night with three huge title fights that will have us screaming and jumping out of our seats. One of the many awesome fights we are blessed with by the MMA gods will be Joanna Jedrzejczyk throwing down with “Thug” Rose Namajunas. Leading up to her title defense against Namajunas that could potentially tie Ronda Rousey’s record, Jedrzejczyk is giving us an unprecedented look into the lead-up with her “Champ Camp’ video blogs. In her latest one, she shoots some b-ball in the park as part of her active rest and one kid tries to convince his friends that it really is “deadass” the UFC strawweight champ.

Kid arguing with his friends if that’s really @joannamma ballin’ in the park or not. #UFC217 pic.twitter.com/gYQFXXbHWd

Joanna Jedrzejczyk isn’t as good on the court as she is in the Octagon, but she admits that. She even apologizes to her P.E. instructors. Either way, these kids (or at least that one dude) were totally excited to catch her out shooting for threes at their spot. Jedrzejczyk was nice enough to take photos and talk to them as well. Side note though, did anyone catch that label on Joanna Jedrzejczyk’s package of fresh watermelon? Gangster.