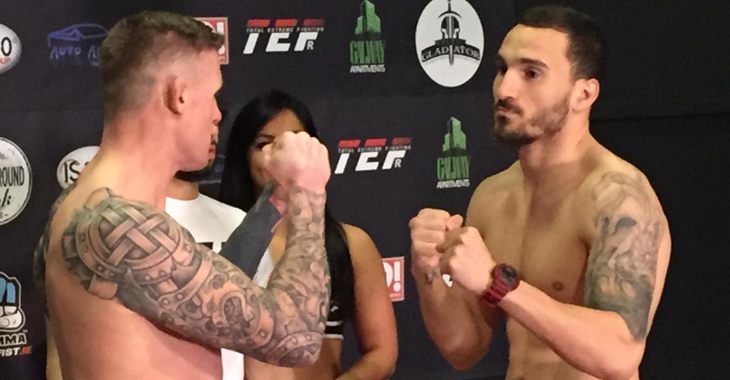 Terrible news surfaced early Tuesday morning when the community was made aware of the death of 28-year-old Portuguese MMA fighter Joao Carvalho.

Carvalho fought Straight Blast Gym fighter Charlie Ward at the TEF 1 event, which took place at the National Stadium in Dublin on Saturday night. Shortly after the fight that ended with Ward winning by TKO in the third round, Carvalho was hospitalized.

Condolences to the family of João Carvalho

The TEF Team are deeply saddened by the news of João Carvalho’s death. Last night 11th of April, mixed martial artist João Carvalho passed away after 2 days of the best medical care and treatment in Beaumont Hospital following his three round TKO stoppage defeat on Saturday 9th April at the National Stadium in Dublin.

Following the referee stoppage João, who was representing Portuguese club Team Nobrega, was assessed by doctors and medical staff at the onsite medical office as per normal procedure. It was determined that he should be sent to hospital. In hospital he received emergency treatment and transferred to ICU later that evening. Formal hospital medical reports and procedures are still being carried out. João was 28 years of age.

Cesar Silva, CEO of TEF said “We extend our most sincere condolences to the family of João Carvalho’s and his teammates in Team Nobrega. Our thoughts and prayers are with them. We’d also like to thank all sports fans for their concern and support. We will give whatever support we can to Joao’s family.”

“We have been in contact with his family and they have requested that we all understand their need for privacy at this difficult time.”