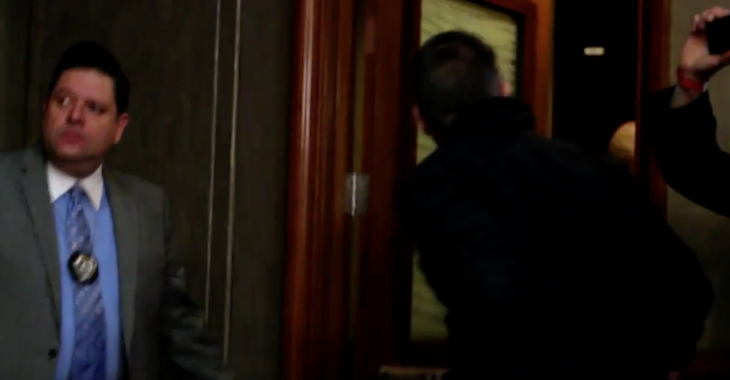 At the UFC 207 early morning weigh-ins Thursday morning, Jeremy Stephens and Cody Garbrandt were nearly involved in a brawl backstage.

Garbrandt of course was in attendance hitting the scales for his UFC 207 co-main event scrap with bantamweight champion Dominick Cruz. While Stephens is not fighting at the event, he is one of Cruz’ teammates. According to Garbrandt's coach Justin Buchholz, the scuffle in the hallway was Jeremy Stephens (Cruz teammate) going after Cody.

Not the first time Cody Garbrandt has had an altercation with an opponent's team during fight week. See: Thomas Almeida fight week.

While no footage of the actual incident has surfaced, you can hear things getting heated backstage in the background of Nunes’ weigh-in video as security guards are quick to rush out the door to handle the situation.

This is what I could see when the 'brawl' broke out! The first thing you see is security bolting out the door to the hallway pic.twitter.com/IfyBE09r03