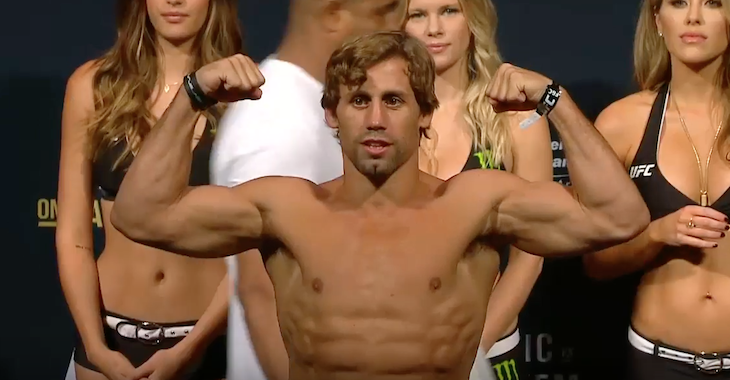 Longtime UFC stand-out Urijah Faber still has plenty of fight left in him, and will be locking horns with Brad “One Punch” Pickett at UFC on FOX 22 in Sacramento on December 17.

Faber will look to avoid his first three-fight losing streak in his entire career. “The California Kid” has dropped his last two fights to Jimmy Rivera and Dominic Cruz, making his bout with Pickett even more of a must-win situation.

The 37-year-old will actually be making a quick turnaround, as he just lost to Rivera last month. 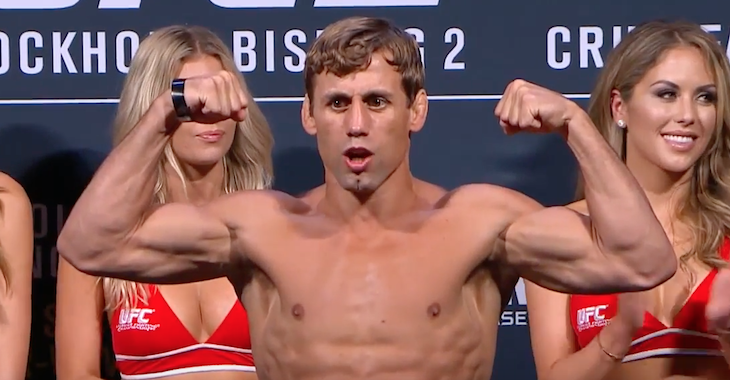 Pickett will be making an even quicker turnaround following a losing effort to Iuri Alcantara at UFC 204 last weekend. Before that, “One Punch” picked up a split decision victory over Francisco Rivera shortly after suffering a devastating knockout loss to Thomas Almeida at UFC 189 last year.

Faber (33-10) is still ranked number 7 in the bantamweight division in spite of his recent losses, and a dominant win over “One Punch” Pickett could propel him closer to the top 5 and perhaps even title contention. “The California Kid” has fallen short in all three of his UFC title shots, losing twice to current bantamweight champion Dominic Cruz as well as to Renan Barao when he was holding the 135 pound strap. 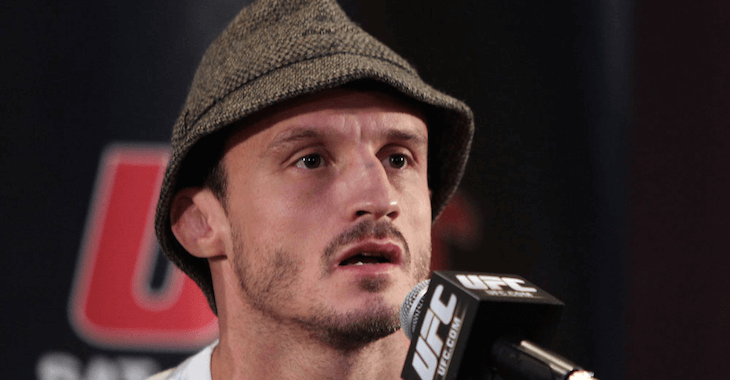 Faber will enjoy a partisan hometown crowd, as “The California Kid” seeks his 44 win in an incredibly storied mixed martial arts career.

Faber recently insisted he wasn’t retiring anytime soon, but a loss to Pickett could set him back big time and would mark his first-ever three fight losing streak.

UFC on FOX 22 will feature a headlining bout between Paige Vanzant vs. Michelle Waterson as well as a highly-anticipated fight between Mickey Gall and Sage Northcutt.

Who do you see winning in this bout between bantamweight veterans? Will Faber avoid a dreaded three-fight losing streak and leave Sacramento with a win? Or will Pickett pull off the victory? Sound off, PENN Nation!