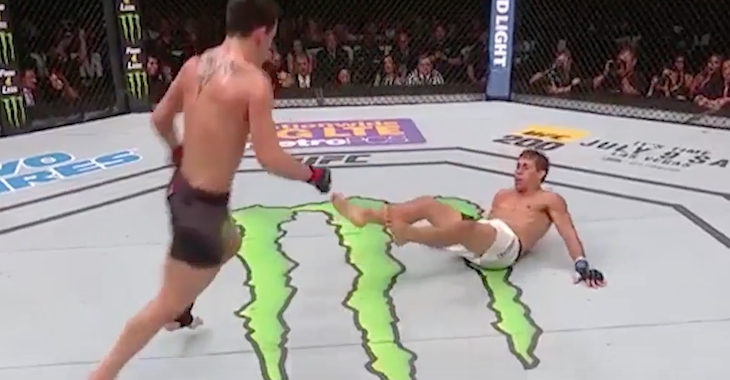 In the co-main event of UFC 199, Dominick Cruz and Urijah Faber stepped into the Octagon to put an end to their nearly 10-year long feud. While Faber submitted Cruz in the pair’s first meeting, Cruz came out on top in their second bout, and at UFC 199, where he convincingly defeated Faber.

Now that Faber has had over a week to digest the bout, he took to Instagram to reflect on how things played out after watching the fight for the first time.