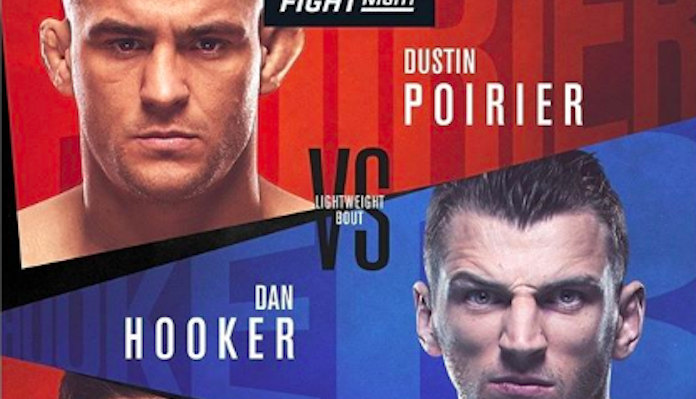 This Saturday, the UFC will return to our screens for the fourth consecutive week in a row with the under-the-radar UFC on ESPN 12 card at the UFC Apex facility in Las Vegas.

UFC on ESPN 12 will be headlined by a lightweight showdown between top-10 contenders Dan Hooker and Dustin Poirier. For Hooker, this bout will mark an opportunity to build on the momentum of three straight victories: a knockout of James Vick, and a pair of decision triumphs over Al Iaquinta and Paul Felder.

Poirier, meanwhile, will be looking to rebound from a failed lightweight title bid opposite undefeated champ Khabib Nurmagomedov back in September. The former title challenger says the loss and resulting time off has helped him strengthen his mental game.

“I’ve always just submerged myself in work when I’ve lost before and just drowned everything out with hard work,” Poirier told MMA Junkie ahead of UFC on ESPN 12. “This particular loss was the biggest loss of my career and also I had to get sidelined. I couldn’t just jump back in the gym and drown everything out. I had to think and sit on the couch and just watch everybody else fight. So it was more of just a mental training. I feel mentally stronger.”

The UFC on ESPN 12 card will be co-headlined by a compelling welterweight fight between ever-entertaining headhunter “Platinum” Mike Perry and crafty grappling specialist Mickey Gall.

Even if Micky and his coaches are watching , even if they could see something they think they can try and counter my timing and presence will disrupt it. I know you’re gonna shoot micky. Top position is tight and my elbows from bottom will block out the sun, you’ll run for the shade but I’ll chase you down and find my fade, I got you for FIFTEEN MINUTES ! You getting in there with a DEMON 😈 and gods not gonna help you cuz she’s in my corner ! Grrrr

Other highlights of the event include a fight between Brendan Allen and Kyle Daukaus, a fight between Gian Villante and Maurice Greene, and an undercard battle between Luis Pena and Khama Worthy.

Which fights on the card are you most excited for?