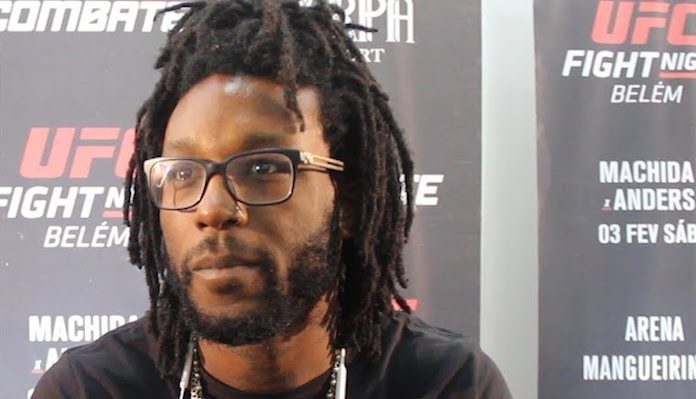 UFC lightweight Desmond Green is in custody in the Broward County Jail in Fort Lauderdale, Florida, on bonds amounting to $194,000, per a report from the South Florida SunSentinel. Green is reportedly facing 20 charges, including a DUI charge, stemming from an August, 2018 car accident that killed two women: Emelina Morfa, 67, and Emma Suarez Hernandez, 76. The crash also left Green and one other person with injuries.

The SunSentinal’s report details this Desmond Green incident as follows:

“Green lost control of the 2011 Dodge Durango he was driving and veered into the path of a tractor-trailer driven by Juan Gomez, 51, of Coral Springs [a Florida Highway Patrol crash report said].

According to investigators, that started a chain reaction collision that also involved Armando Alvarez, 23, and his passenger, Yennier Costa Gonzalez, 32, of Miami Beach, in an Acura, and Luis Gonzalez, 24, of Miami, who was driving a Volkswagen Jetta.

Green and Alvarez sustained minor injuries while the rest were unhurt, the [police] report said.

Witnesses told an off-duty Doral police officer who stopped to help at the crash scene that Green was seen throwing a metal object over a concrete highway barrier wall. The object recovered was a metal grinder that had marijuana residue inside, according to Green’s arrest report.

Investigators also recovered a plastic bag of white powder, from the front passenger seat of the damaged Durango, that tested positive for cocaine, the report stated.

Investigators noted that Green showed signs of impairment that included slurred speech and an odor of alcohol and later toxicology tests confirmed the presence of drugs and alcohol.

The arrest report said, ‘Green’s normal faculties were impaired by alcoholic beverages and/or controlled substance at the time the crash occurred.’

Further investigation revealed Green was driving on a second suspended license and was not wearing a seat belt.”

Desmond Green has fought three times since this accident occurred. He last competed at UFC Rochester in May, when he defeated Charles Jourdain by decision. In his next most recent fight, he defeated Ross Pearson by TKO. These wins were preceded by a decision loss to Mairbek Taisumov in September.

The UFC has not yet commented on this situation. Stay tuned for further updates as details emerge.