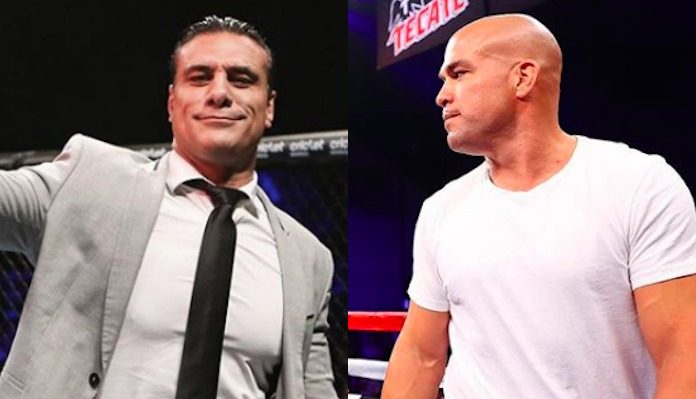 After months of back-and-forth trash-talking, Ortiz and Del Rio’s feud has come to a boiling point and they will meet next weekend to settle their beef once and for all in the headliner of Combate: Hidalgo. The event takes place on Saturday, December 7 at Payne Arena in Hidalgo, Texas. It’s by far the biggest event in the history of Combate Americas and will be aired live on pay-per-view.

Speaking to KTLA 5 in a pre-fight interview, Ortiz spoke about the matchup with Del Rio and said he is predicting a first-round finish when he meets his nemesis. Here’s what Ortiz said when asked how he believes the fight will play out.

“First round. One more time. I’m vicious. I’m not here playing around. I wanna go protect my money maker (face) and put on a good show for the fans,” Ortiz said.

In his last fight in Golden Boy MMA, Ortiz finally got revenge against his arch-rival, Chuck Liddell, when he knocked him out in devastating fashion. Ortiz is actually on a 4-1 run over his last five fights, including a decision win over Chael Sonnen two fights ago.

That being said, Ortiz isn’t completely looking past Del Rio. He says he respects his opponent and his credentials, though of course in true Ortiz fashion, he poked the bear a bit.

“I guess you can kind of say it’s a high school track-and-field guy racing against an Olympian,” Ortiz said. “But he actually has an MMA record of 9-5, so he comes from a mixed martial arts background. He fought in Japan, fought in PRIDE. He actually wrestled for the Olympic team in Mexico and in the Pan Ams. He placed in the Pan Ams. But I mean, I wrestled Division I myself, and I’ve won world titles in many years and have been competing now for 22 years.”

At the end of the day, Ortiz believes it’s a matchup between a legend of mixed martial arts and someone who is more of a pro wrestler masquerading as an MMA fighter.

Do you think Tito Ortiz will finish Alberto Del Rio in the first round?