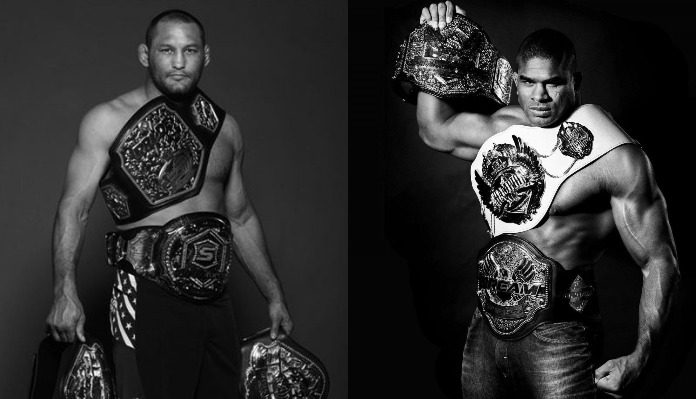 Hey The UFC has showcased some of the world’s top mixed martial arts talent over the past decade.

During that time the Promotion has crowned several UFC champions, and even a few ‘champ champs’.

However, for any champion to be crowned, a challenger must fall.

With that said, BJPENN.com recently dove into the UFC’s past and came up with a list of the nine greatest fighters who were never able to take home gold during their time with the promotion.

‘Hendo’ is considered by many to be one of the greatest mixed martial arts fighters of all time and rightfully so. The California native captured both the PRIDE welterweight and middleweight titles during his sensational run with the Japanese-based promotion. Once he crossed over to the UFC, Henderson would have the opportunity to fight for both the promotions middleweight and light heavyweight titles.

In his first crack at UFC gold in September of 2007, Dan Henderson squared off with then-champion Quinton ‘Rampage’ Jackson for the promotions coveted light heavyweight title. He ultimately lost that fight by way of unanimous decision.

‘Hendo’ would receive a second crack at UFC gold shortly thereafter, challenging Anderson Silva for his middleweight world title. Unfortunately for fans of Henderson, the former Olympic wrestler was submitted by ‘The Spider’ in round two of their fight.

Dan Henderson would receive his third and final shot at a Ultimate Fighting Championship in 2017, where he suffered a controversial decision loss to longtime rival Michael Bisping.

While Henderson never was able to capture UFC gold, he did leave fight fans with some great memories during his time with the promotion. Dan had a “fight of the year” performance against Mauricio ‘Shogun’ Rua at UFC 139, and also scored sensational knockout wins over Michael Bisping, Tim Boetsch and Hector Lombard.

‘Ken-Flo’ is considered to be one of the best lightweight fighters to ever compete inside of the Octagon. However, despite three title shots, Florian was never able to claim promotional gold.

Kenny Florian would first fight for gold at UFC 64 in October of 2006, where he took on Sean Sherk. ‘The Muscle Shark’ ultimately defeated Florian by decision in what was a hard-fought bloody fight.

Florian would receive his second promotional title shot at UFC 101 in Philadelphia, when he challenged BJ Penn for the promotions 155-pound strap. Unfortunately for the Boston native, the Hawaiian ultimately proved to be too much, submitting Florian in round three of their highly anticipated contest.

Florian’s third and final shot at UFC gold came in October of 2006 at UFC 136, where he squared off with Jose Aldo for the UFC featherweight title. While Kenny put for a valiant effort, it was not enough to dethrone the longtime Brazilian featherweight kingpin.

Alexander Gustafsson received his first opportunity at UFC 165 in September of 2013, where he fell just short in his bid to dethrone Jon Jones. That fight, which many fans still believe ‘Gus’ should have won, is considered to be one of the greatest of all time.

Alexander Gustafsson’s second shot at UFC gold came against Daniel Cormier at UFC 192 in October of 2015. ‘The Mauler’ put on a hell of a fight in his second title opportunity, but ultimately fell short to the UFC’s reigning heavyweight champion via split-decision in his quest to procure the promotions light heavyweight title.

Alexander Gustafsson would challenge for the UFC light heavyweight title a third and final time at December’s UFC 232 event in Los Angeles where he got his long awaited rematch with Jon Jones. Unfortunately for the Swede, his second bout with ‘Bones’ proved to be much less competitive than their first fight, as he was eventually defeated by knockout in round three.

Chad Mendes first fought for the UFC featherweight title at UFC 142 in January of 2012, where he suffered a brutal first round knockout loss to then 145-pound kingpin Jose Aldo.

‘Money’ would rematch Jose Aldo at UFC 179 in October of 2014, in a bout that ended up being deemed ‘fight of the year’. Unfortunately for Mendes, the Brazilian would once again prove victorious, this time by way of unanimous decision.

Chad Mendes would receive his third and final shot at a UFC championship in July of 2015, when he stepped up on short-notice to fight Conor McGregor for the promotions interim featherweight title. After a solid opening round for Mendes, McGregor would end up defeating the Team Alpha Male product in round two via TKO.

Fan favorite Donald ‘Cowboy’ Cerrone has the most wins in UFC history, yet he has never captured gold with the promotion.

Cerrone had a chance to fight for the lightweight title in December of 2015, but was ultimately defeated in the first round by then-champion Rafael dos Anjos by first round TKO.

‘Cowboy’ came close to getting a crack at the promotions welterweight title in 2018, but was ultimately sent back to lightweight following a pair of losses to Robbie Lawler and Jorge Masvidal.

Donald Cerrone will now meet Justin Gaethje in the main event of UFC Vancouver this Saturday night. If ‘Cowboy’ can prove victorious, it is expected that he will receive the next title shot against whomever emerges victorious between KhabibNurmagomedov and Tony Ferguson.

Brazilian submission specialist Demian Maia has proven to be one of the best fighters in both the promotions welterweight and middleweight division.

Maia started out with the UFC as a middleweight, and eventually secured himself a title shot against the-champion Anderson Silva at UFC 112 in Abu Dhabi. Unfortunately for fans of the submission ace, while he fought hard, Maia was not able to do enough to outpoint ‘The Spider’, and ultimately lost the title fight by unanimous decision.

After moving down to welterweight and producing a seven-fight win streak, Demian Maia was awarded a title shot against then-champion Tyron Woodley at UFC 214. ‘T-Wood’ would prove to be too much for crafty Brazilian veteran, defeating Maia by unanimous decision.

While it is unlikely that Demian Maia will receive another crack at UFC gold, he could once again enter title contention if he proves victorious against Ben Askren later this fall at UFC Singapore.

‘The California Kid’ is considered to be one of the greatest fighters to ever compete in the lightweight divisions.

The former WEC champion, Faber, would enter the UFC in March of 2011, and after one win, earned the opportunity to fight Dominick Cruz for the promotions bantamweight title. Urijah Faber would ultimately lose to ‘The Dominator ‘ by way of unanimous decision.

The Sacramento native would get a second chance at UFC gold when he squared off with Renan Barao for the promotions interim bantamweight title at UFC 149, but ultimately lost that contest via decision.

Faber would challenge Barao again at UFC 169, but this time suffered a first round TKO loss.

Faber’s most recent title shot came at UFC 199, but he once again came up short in his attempt to dethrone bitter rival Dominick Cruz, losing by unanimous decision.

After a lengthy hiatus, Faber returned to the Octagon at June’s UFC event in his backyard of Sacramento. There, Faber needed only 46 seconds to finish  Ricky Simon and put himself back into the UFC’s bantamweight ranks.

Whether or not Urijah Faber has one more title run left in him remains to be seen, but ‘The California Kid’ is confident that he would defeat reigning 135-pound champion Henry Cejudo if they were to square off. 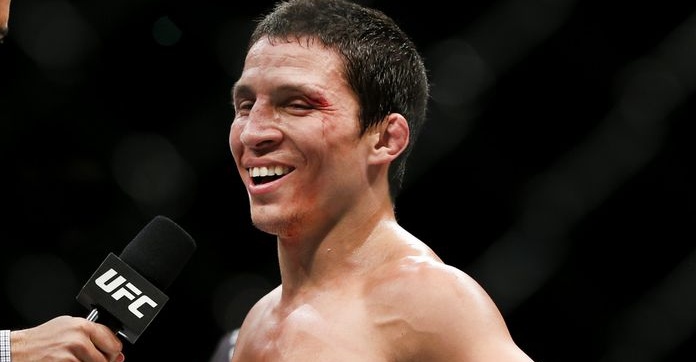 ‘Joe-Jitsu’ has proven to be one of the best flyweight fighters on the planet for years now. However, despite his incredible success, he has never claimed gold within the UFC.

Benavidez has fought for the promotions flyweight title on two occasions, both against Demetrious Johnson.

In his first attempt at UFC 152, Joe suffered a split-decision loss to Mighty Mouse.

In there second meeting, Johnson would defeat Benavidez by way of first round knockout.

Joseph Benavidez is still an active fighter and is currently riding a three fight win streak.

Joe is expected to be next in line to challenge Henry Cejudo for the promotions flyweight strap.

’The Reem’ has captured multiple mixed martial arts titles during his illustrious career but a UFC belt is not one of them. The former Strikeforce and Dream Heavyweight received a UFC title opportunity at UFC 203, and after almost finishing the champion in the opening minute, ultimately ended up losing the fight by knockout.

Overeem is still and active fighter and is currently sporting a two fight winning steak. He has earned back to back first round TKO’s over Alexey Oleynik and Sergei Pavlovich.

Who else do you think should be included on this list? Sound off in the comments section Penn Nation!