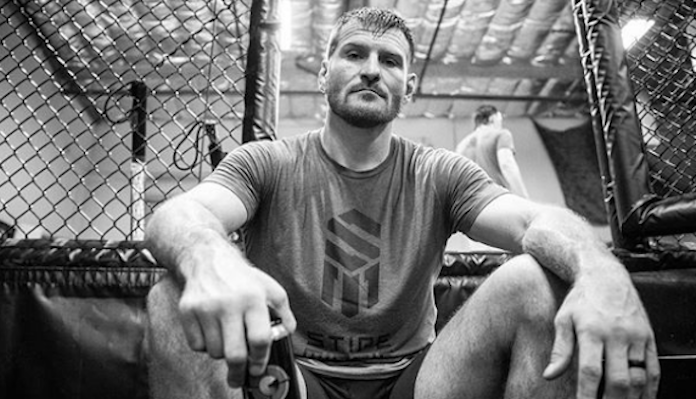 Stipe Miocic cemented his status as the greatest UFC heavyweight off all time by defeating Daniel Cormier in their rubber match yesterday evening.

After their first two contests concluded with thrilling fight-ending finishes, last night’s trilogy bout proved to be a closely contested affair. Miocic and Cormier battled it out for twenty-five straight minutes, with both men landing some significant shots a long the way.

The Cleveland native nearly finished ‘DC’ in the second round of last night’s fight, but the former two-division title holder showed his grit and was able to battle back from the adversity. Ultimately, Daniel Cormier’s efforts at UFC 252 were not enough to dethrone the reigning baddest man on the planet, as Stipe Miocic was awarded a unanimous decision victory from the judges in attendance.

While it was undoubtedly an impressive performance by Miocic, the result was still not without controversy, as ‘DC’ suffered a nasty eye poke midway through the contest the forced his left eye to swell shut.

UFC President Dana White was of the opinion that the accidental eye poke was not to blame for Daniel Cormier’s second career setback to Stipe Miocic, and thus the promotion will be letting top contender Francis Ngannou fight for the belt next.

“What a night!.. Nothing but thanks, love and respect to my team, my family, and my fans.. it’s truly an honor to put on a show for you! Now, back in the land to face my toughest opponent yet.. this one was for you baby girl.”

As noted above, Stipe Miocic’s next title defense will come against former foe and dangerous knockout artist Francis Ngannou. The pair initially met at UFC 220 in January of 2018, with Miocic emerging victorious by way of unanimous decision.

Odds for the highly anticipated Miocic vs Ngannou rematch have already been released and can be viewed here.

Do you think Stipe Miocic will be able to defeat Francis Ngannou when they meet for a second time? Share your thoughts in the comments section PENN Nation!

This article first appeared on BJPENN.com on August 16, 2020