Stephen Thompson questioning the UFC’s attempt to have Khamzat Chimaev fight at welterweight: “He should be at 185”

UFC welterweight Stephen Thompson isn’t so sure that Khamzat Chimaev should compete at 170-pounds.

‘Borz’ has been out of action since his first-round submission win over Kevin Holland in September. While it was a nice victory that saw Chimaev retain his undefeated record, he wasn’t supposed to face ‘Trail Blazer’ that night. He was originally slated to face Nate Diaz at UFC 279.

However, the fight was scrapped after the Chechen fighter badly missed weight. Following UFC 279, Dana White indicated that Chimaev would likely move up to middleweight. However, he’s since reversed course. White has recently stated that he’s targeted Chimaev vs. Colby Covington for early next year.

Welterweight contender Stephen Thompson isn’t so sure that’s a good idea. ‘Wonderboy’ discussed the topic in an interview with James Lynch. There, he opined that Chimaev should likely be fighting at 185-pounds moving forward.

The longtime UFC veteran also gave his take on Khamzat Chimaev’s latest win over Kevin Holland. While he praised the victory, he also questioned the decision not to touch gloves in the opening seconds. 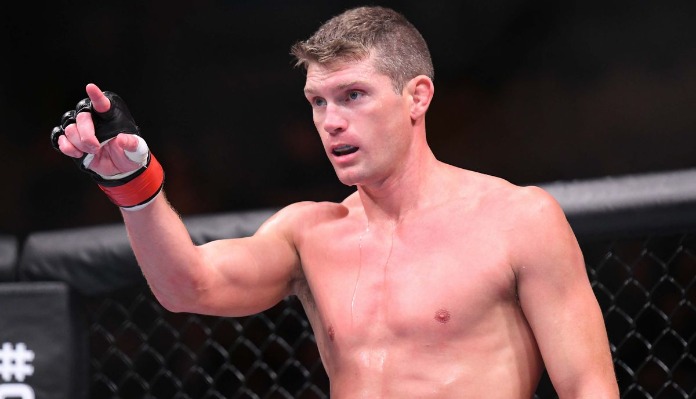 “From what I hear, he’s a very strong welterweight,” Thompson stated. “He should be at 185. I don’t even understand why he’s still at 170. I know they’re trying to get him to fight Colby Covington, which I think is gonna be a fun fight. That’s gonna be a fun fight [against] somebody who’s as strong a wrestler as Khamzat. But the thing is, is he gonna make weight? Can he make weight?” (h/t MMAJunkie)

He continued, “Don’t take anything away from Kevin Holland after that fight. I mean, it was a days’ notice. Fighting somebody as big and strong and wrestling savvy as Chimaev, I thought he held his own right there in the first round. A lot of crazy scrambles. He’s very scrappy on the ground. He really is; Kevin is. Which was kinda messed up, he goes in to give him a high five and he [Chimaev] shoots right in for the legs, ends up taking him down. I’m like, oh, come on, man. Should’ve just gave the guy a high five.”

Currently, Stephen Thompson is set to return next month against Kevin Holland. He’s been out of action since his loss to Belal Muhammad last December.

This article appeared first on BJPENN.COM
Previous articleJoe Rogan praises Jake Paul’s performance against Anderson Silva: “That is legit as f*ck”
Next articleJulianna Pena calls for trilogy match with Amanda Nunes next: “It’s time for her to return the favor”
© Newspaper WordPress Theme by TagDiv