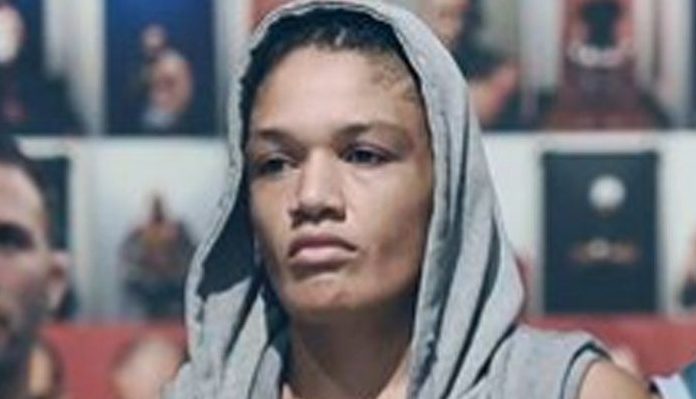 For a moment, Sijara Eubanks was expected to headline this Saturday’s UFC 230 card against Valentina Shevchenko. Then, after a wave of fan backlash surrounding this main event, she was reallocated to an undercard bout with Roxanne Modafferi, while a heavyweight title fight between Daniel Cormier and Derrick Lewis was inserted into the headlining spot.

Sijara Eubanks, as you can imagine, was mad, and quickly went on a Twitter rant targeting the UFC.

“It’s easy to sort of get caught up in moaning and be mad, but it’s not going to help at all because the train is moving,” Eubanks recently said to MMAJunkie. “Life goes on. … I gave myself some time to be pissed about it, but not much. The day that they took the title shot away, I re-signed for Roxanne that night, like 1 o’clock in the morning. I went to bed, like, pissed off, but by the time I woke up the next morning, I had no choice but to move on. I had a whole new opponent, a whole new camp.

Eubanks did receive some good news as she mentioned. She is staying on the card to fight Roxanne Modafferi. With a win, she believes she is next in line to fight for the title in the burgeoning women’s flyweight division.

“The thing is, I’m going to get my belt one way or another,” Sijara Eubanks said. “Keep chugging, keep training, keep working hard, keep the diligence, and it will happen. I think I deserve a shot vs. the winner of (Valentina Shevchenko vs. Joanna Jedrzejczyk) with a dominant performance here, Nov. 3.”

A dominant performance may indeed do it. And while she is disappointed that she hasn’t had the chance to fight for the belt yet, deep down, she knows she will eventually get a title shot.

“It’s been my goal as a mixed martial artist to be UFC world champion, and so I feel like twice I’ve missed it,” she said. “The first time was my fault, the second time it got snatched away. Hopefully, the third time is a charm, but I still have a mega-opportunity here to continue to solidify my dominance here in this division.”

Do you believe Sijara Eubanks deserves the next title shot with a win at UFC 230?