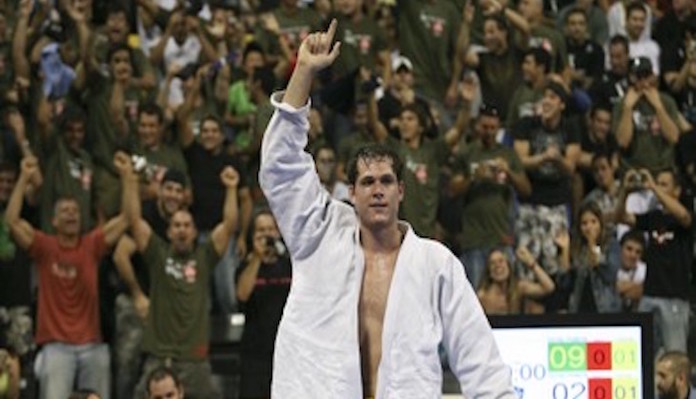 Former UFC middleweight Roger Gracie says he has recovered from the coronavirus and warned others to be aware of its devastating impacts.

The 38-year-old Gracie, who is the cousin of BJJ legend Renzo Gracie, told Combate that he contracted he coronavirus in March. He was put into self-isolation for 10 days and has since recovered, but he wanted to speak openly about being infected by the coronavirus despite being a young, healthy adult. He hopes that talking about his experience can bring more awareness to the devastating illness that is claiming so many lives around the world.

“I got the virus, I recovered two weeks ago. I was really bad in bed. It is good to speak, because many people have no idea exactly what it is, they think it will not be affected, that it will never reach him. I stayed in bed for ten days, with 40 degrees of fever and cough. I felt short of breath one day, thankfully it didn’t progress. I woke up at dawn with a racing heart, short of breath. I called the ambulance, even got into it. They did the tests, called the chief of medicine and thought it best for me to stay home,” Gracie said.

“It’s good for people to know that I got it. There are a lot of friends that I talked to, who thought I wouldn’t take it because I was healthy, young. A lot of people are dying. A friend of a friend in Italy was a marathon runner, was 35 years old and died. My teacher’s girlfriend’s cousin is 30 years old and is hospitalized. And there are thousands that we don’t know. It is necessary to raise awareness. The disease really affects the most fragile, the oldest, but also other people. You cannot neglect. It’s not a joke.”

Gracie competed in mixed martial arts between 2006 and 2017 and racked up an 8-2 record in his MMA career. He fought once for the UFC in 2013, losing to Tim Kennedy at UFC 162, the same card that Chris Weidman knocked out Anderson Silva to win the UFC middleweight title. Gracie’s best win is a submission win over Anthony Smith in Strikeforce, and he also holds notable victories over Keith Jardine and the late Kevin Randleman.

Roger Gracie joins Bellator welterweight Erick Silva among the prominent MMA fighters who contracted, and who have since recovered, from the coronavirus.