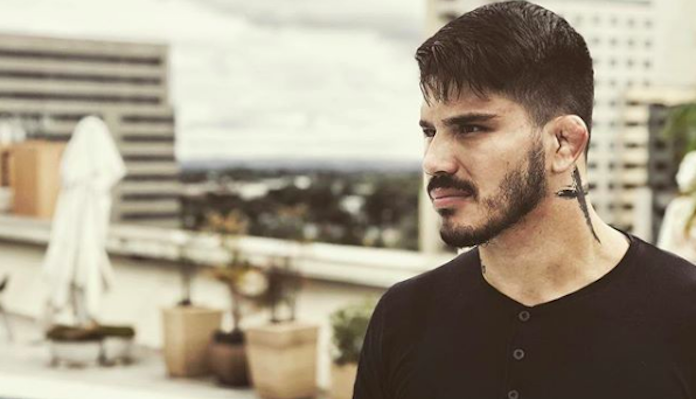 Bellator welterweight Erick Silva and his family were infected with the coronavirus but they are all recovering well now and in quarantine.

Combate reported that the 35-year-old Silva, his 23-year-old wife Isabela, his five-month-old son Carlos and his 10-year-old son Kalleu were all infected with the coronavirus. In addition, Silva’s 26-year-old sister-in-law Carol and her in-laws, 58-year-old Arilton and 52-year-old Jo, were also infected with the coronavirus. Thankfully, they discovered they had it relatively early and all are now in quarantine and expected to make full recovery.

“Everyone is fine. The biggest concern is the lack of information, anxiety. Now everyone is calmer. We even asked people who work at the house not to come, we spent two weeks with each other for this to pass. We followed the doctors’ recommendations,” Silva said.

Many believe that the coronavirus affects only older people and those were weak immune systems, but that’s simply not the case. Silva is a healthy, young man and a top athlete in MMA. The fact he was infected by the coronavirus should be proof it can happy to anyone.

“The first to give the alert was Carlos. He had a fever of 37.7 degrees, but we ended up giving him medicine, Tylenol Baby, we talked to his pediatrician, and Carlos stopped right away. Kalleu, my 10-year-old son, was asymptomatic. He had no symptoms, he is jumping, calm, he has no worries. After Carlos’ feverish state, the only thing he experienced was diarrhea, but it was calmer. We were in the agony of wanting to know, until then we preferred to be a little more quiet, isolated, so that we could understand what was happening and not create so much fanfare,” Silva said.

“The whole family took it, I’m at my wife’s parents’ house and we all had the symptoms. The interesting thing is that we have people of all ages, from my 5-month-old baby, a 10-year-old son, there are people aged 23, 26, 35, 52, 58 … They were almost all ages and we all had the same symptoms, but the biggest problem is that, in the beginning, when we started to feel the first symptoms, we didn’t know what it was. It started with my wife. The first day she felt it, she had a lot of headaches, chills, and we didn’t care. At first nobody cares. We thought it was an allergy, she didn’t smell or taste anything. Then it was my mother-in-law, she also stopped tasting, then it was me. Then everyone had the same symptoms, my sister-in-law, my father-in-law, the same symptoms for everyone,” Silva said.

Thankfully, Silva and his family are recovering now. But it’s another reminder to be careful and stay vigilant during a time when anyone and everyone can get sick.