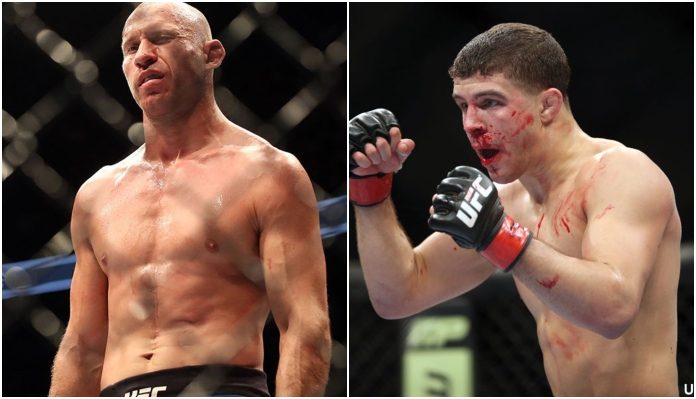 The UFC lightweight division is full of super talented competitors from top to bottom and the argument is constantly being made for it as the best division in the sport overall.

As top heavy as it is, fighters from all across the rankings have proven to be competitive with one another no matter the number next to their name. Take ‘Raging’ Al Iaquinta (14-4-1) for a recent example when he knocked off Kevin Lee in their rematch at UFC on Fox 31 in December 2018.

As for Iaquinta who just fought in his second consecutive main event appearance, he now looks to be lined up for his third.

ESPN’s Ariel Helwani is reporting that the UFC is looking at making Iaquinta vs Donald ‘Cowboy’ Cerrone (35-11) as the main event of UFC Ottawa on May 4.

“UFC is currently discussing a potential Al Iaquinta vs. Donald Cerrone main event fight for the May 4 card in Ottawa, Ontario, Canada, sources say. The fight isn’t finalized or signed, but it is definitely being seriously discussed at the moment.

Update: I’m told both sides have now verbally agreed and the fight is all but done.” Helwani’s tweets read.

For Cerrone, he was recently negotiating a fight with former featherweight and lightweight champion, Conor McGregor. Unfortunately, the bout never came together due to the UFC wanting it to be a co-main event. A request that didn’t meet McGregor’s satisfaction.

Following the fallout of the potential fight, UFC President Dana White said they were hoping to then put Cerrone vs Iaquinta together and it looks like that will end up happening.

UFC Ottawa has already filled out rather nicely as this fight would give it a total of 11 bouts. Expect perhaps one or two more announcements in the coming weeks. The current card can be seen below.