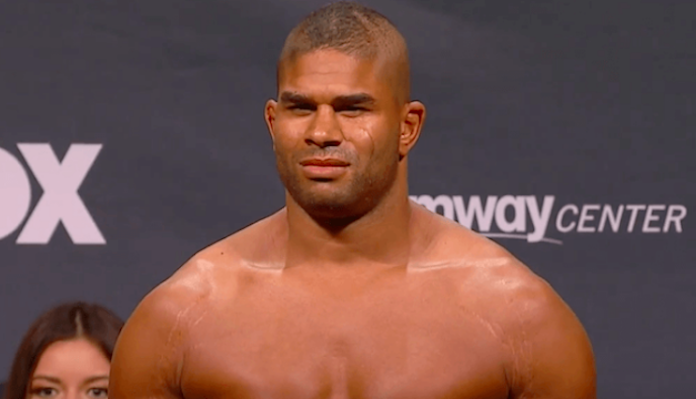 Prior to those setbacks, “The Reem” was coming off back-to-back wins over opponents Mark Hunt and Fabricio Werdum.

After a back and forth opening few minutes, Alistair Overeem was able to score a takedown in the late stages of round one. From there “The Demolition Man” would proceed to unleash some nasty ground and pound which eventually forced the referee to step in and call a stop to the action.

Check out how the MMA community reacted after Alistair Overeem handed Sergey Pavlovich the first loss of his professional career in the UFC Beijing co-headliner.

@Alistairovereem let’s go champ!!! Show them what you are made of!!!#UFCBeijing #UFC

Impressive from win Alistair Overeem. Pavlovich is no joke. The Reem seems here to stay #UFCBeijing

@Alistairovereem The Reem is back! #UFCBeijing

Reem prevails. First round TKO. Great finish. Could even say a bit of a late stoppage, too.

Alistair Overeem gets back on track with a blistering finish on the ground to put away Sergei Pavlovich. Just hammered him with punches and got the stoppage. Great performance for the Reem#UFCBeijing

Who would you like to see Alistair Overeem fight in his next octagon appearance following his impressive first-round TKO victory over Sergey Pavlovich at UFC Beijing? Sound off in the comments section PENN Nation!