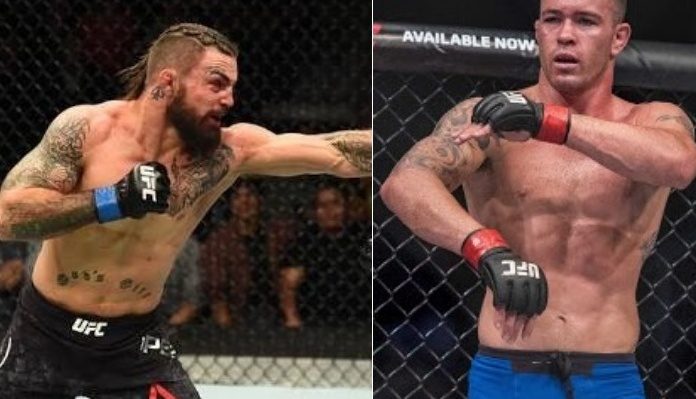 Colby Covington recently claimed Mike Perry would be sent back to the regional circuit if he couldn’t get by Alex Oliveira at UFC Fort Lauderdale.

In the end, Perry did get past Oliveira, defeating the Brazilian by decision in a Fight of the Night winning scrap. And speaking on Ariel Helwani’s MMA Show on Monday, he took the opportunity to reply to Covington.

He did not hold back, burning his rival with a profanity-laced rant. He also threatened to poke Colby Covington in the eye — an illegal move under all MMA rule sets — if they were booked to fight each other.

“Yeah f*ck him, he can suck my d*ck,” Mike Perry said (transcript via MMA News). “F*ck that b*tch. I’ll f*ck him in his f*cking skull. Screw that motherf*cker. I don’t give a f*ck about him or his life. I will rip his head from his neck. I keep saying this, what’s he gonna do? Lean on me, lean on me, lean on me. You can’t lean on me hard enough. You ain’t no truck and I will hit you if you’re that close to me trying to lean on me. And I will poke you in the eye. The ref better be watching and I don’t care. I sure don’t.”

At present, Colby Covington is expected to get the first shot at new UFC welterweight champion Kamaru Usman. If Perry can string together a nice win-streak, however, he might soon get his wish and find himself locked in the Octagon with the former interim welterweight champion.

Does a future fight between Colby Covington and Mike Perry interest you? Who do you think would win?