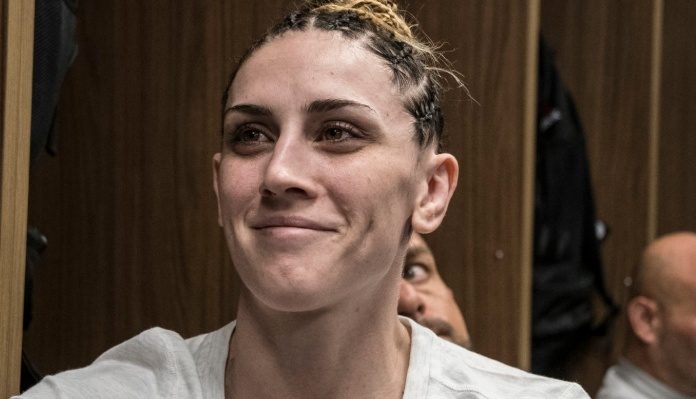 As Megan Anderson gears up for a UFC 243 showdown Zarah Fairn Dos Santos, she’s opening up on the mental health struggles she’s dealt with over the course of her career.

“I’m very hard on myself,” Anderson told MMA Junkie at UFC 243 media day. “I’ve always been open about that and about mental health issues and that kind of stuff. So I am my own worst critic and have kind of doubted my skills for a long time.”

Anderson continued, explaining that the issues of her past initially provided fuel for her MMA career. At a certain point, however, she needed to move past them.

“I feel like I had a lot of issues from my childhood that I’ve never dealt with, and I’ve always been open about being bullied, and I’ve had some – a lot with my home life,” Anderson said. “My dad was an alcoholic. I think it’s been like six years now, so I’m so proud of him he’s been sober, and that’s amazing.

“But I’ve had a lot of demons from my childhood growing up that I never have dealt with, and I kind of used that to fuel me throughout my early MMA career,” Anderson continued. “But I kind of got to a point where I’m kind of at peace with – I never had dealt those issues, and it kind of made everything go to (expletive) for lack of a better word.”

Today, she says she’s in a good place mentally — which is probably bad news for her upcoming opponent.

How do you think Megan Anderson will perform at UFC 243?