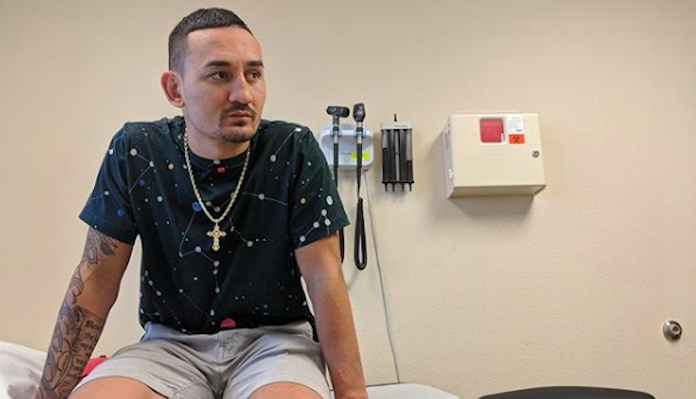 Three separate opponents, three-fight cancellations. That’s not exactly the type of year that any fighter wants to have. Let alone a champion of Max Holloway’s caliber. Unfortunately, that’s exactly how his 2018 played out so far.

Holloway’s first fight cancellation came early for March’s UFC 222 event which saw him set to take on Frankie Edgar. However, a leg injury would end up forcing Holloway out of the bout.

One month later, the featherweight champ looked to try and save the day by stepping in for Tony Ferguson to challenge Khabib Nurmagomedov for the 155-pound lightweight title at UFC 223. As Holloway was cutting weight, the New York State Athletic Commission deemed Holloway’s cut unsafe and pulled him from the bout.

And most recently, concussion-like symptoms removed Holloway from his highly anticipated showdown with Brian Ortega for UFC 226 in July.

“We’ve got an ongoing investigation, so I’ve been told not to comment on everything yet,” Holloway told ESPN. “The UFC and Toronto commission has my medicals and said we’re good to go, so I ain’t worried about it. People are going to ask and be concerned, and I love people for that.

That fight week in July, something went wrong after my first meal about eight days out. We gave it a couple days, but it just got worse. I hadn’t even started cutting weight. I was actually eating 2,500 calories a day. My kidneys showed it wasn’t related to weight cutting — and if it was, I’m pretty sure the UFC would restrict me. And the UFC doctor said my scans showed it wasn’t a concussion.

My team actually did a [toxicology] screen and, hey, Vegas is a crazy place. That’s all I can really say about it right now.”

Thankfully, the big featherweight clash between Max Holloway and Brian Ortega has been re-made for the upcoming main event of UFC 231 on December 8.

It’s just a matter of hoping all goes according to plan. Something that Holloway states all of his fight cancellations would have if it would have been up to him.

“It is what it is. I show up to fight every time,” Holloway stated. “If we didn’t have commissions, I’d be fighting like the gladiator days. If that’s the way he’s got to push himself through camp, that’s cool. Just get ready to see Max Holloway across the cage, because that’s who’s showing up.

“We’re going to make it, man. No ‘knock on wood’ or anything like that. I’m blessed. Things have been unfortunate this year, but I’m in a good place right now. I can’t put into words the energy we have, everything is great. I can’t wait for fight week. It’s been way too long.”