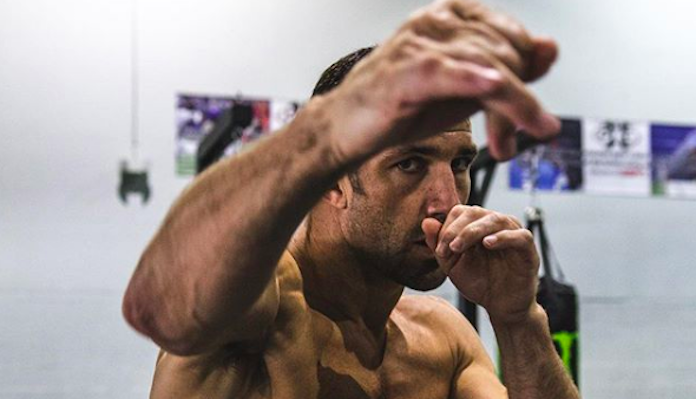 Luke Rockhold needs to take care of business on Nov. 3 in his rematch against Chris Weidman at UFC 230, but he already has his sights set on another former foe.

Rockhold told TMZ Sports that he’s open to a rematch against Yoel Romero, the man who defeated him back February at UFC 222 by third-round knockout.

“Yoel’s a piece that can’t make weight,” Luke Rockhold said. “I don’t even know how he exists in the rankings. He missed weight for 2 back-to-back title fights. The guy’s a cheap f*ck and I’ll find him at light heavyweight if he wants to do it again.”

Rockhold (16-4) suffered his fourth career loss by knockout in that would-be middleweight matchup, which was overshadowed with Romero missing weight by three-pounds. Since starting his UFC career in 2013, Rockhold amassed a 5-1 record before losing his 185-pound title to Michael Bisping at UFC 199 in a massive upset. That setback was the 33-year-old’s second loss in his last three fights and he looks to avoid back-to-back defeats when he faces Weidman at UFC 230.

Luke Rockhold has been vocal about competing in the light heavyweight division and even tried to make his rematch against Weidman at 205 pounds (however according to Rockhold, Weidman declined). Add in the fact that Romero has had weight cutting issues in multiple fights, it makes sense a rematch would take place in the light heavyweight division.

Romero (13-3) was slated to face top middleweight prospect Paulo Costa (12-0) at UFC 230, however the “Soldier Of God” needed more time to recover from eye surgery and the fight was pulled from the card. The 41-year-old’s two losses in the UFC have come to current middleweight champion Robert Whittaker and it’s unknown when Romero will return to the cage. Romero holds wins over Rockhold, Weidman and top contender Ronaldo “Jacare” Souza, among many others.

UFC 230 takes place at Madison Square Garden on Nov. 3 in New York and is headlined by Daniel Cormier defending his heavyweight title against Derrick Lewis.