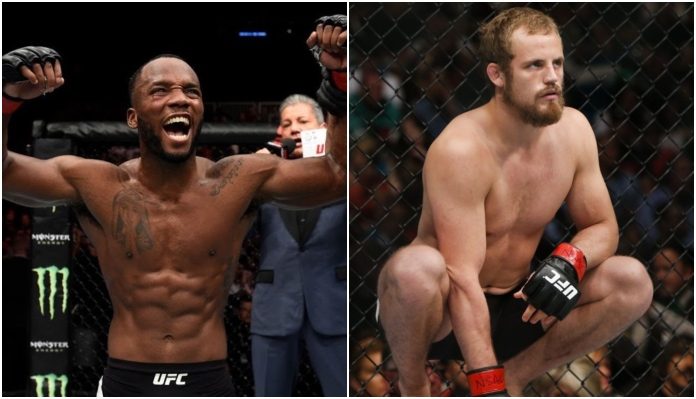 Earlier today, the UFC’s return to London, England got its headliners announced.

Darren Till and Jorge Masvidal are reportedly set to square off in the evening’s featured attraction. Now we know that the co-main event will also feature the 170-pounders.

ESPN’s Brett Okamoto has confirmed that the co-main event of UFC London on March 16 will be a bout between rising contender Leon “Rocky” Edwards (16-3) and Gunnar Nelson (17-3-1). This event will be the fifth to air on ESPN+.

For the Brit Leon Edwards, he will be looking to extend his sneaky good winning streak to eight straight with a win over the SBG staple.

In Edwards’ last fight he scored the biggest win of his career by toppling Donald “Cowboy” Cerrone by unanimous decision in the main event of UFC Singapore in June 2018.

Nelson, on the other hand, most recently made his return after a year-long layoff when he brutalized Alex “Cowboy” Oliveira with elbows to earn a second-round TKO.

There was a brief moment where Edwards was campaigning to take on Till for his next bout, but assuming they both get wins at UFC London, the fight could very well happen in the near future.

As for the rest of the card on March 16, here’s how it currently stacks up.