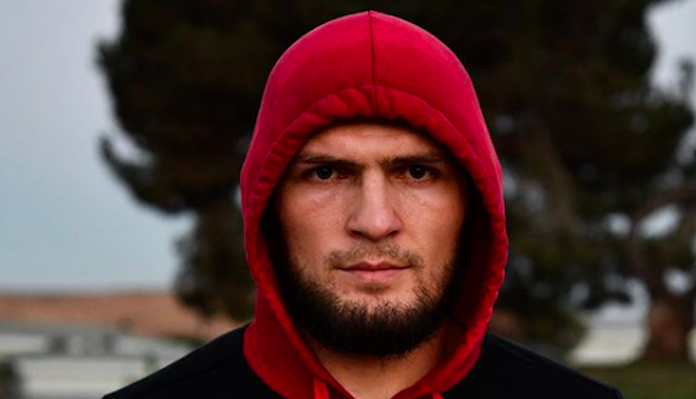 UFC lightweight Khabib Nurmagomedov recently inked a new and lucrative contract with the UFC, and is now scheduled to return to the cage opposite interim champ Dustin Poirier at UFC 242 on September 7.

Speaking on his official YouTube channel, Nurmagomedov revealed that he’s already begun training for this bout. He also added that he still has ‘lots of fights’ left in his career, and that what was started on October 6 — the date of his blockbuster defeat of Conor McGregor — is not yet finished.

“About a month in the mountains, then two months in AKA, and about 15 days in Abu Dhabi to acclimate,” Khabib began, outlining his UFC 242 training camp (transcript via MMA Fighting). “94 days, I think that is enough to bring myself in optimal shape.

“We have not finished yet what was on October 6. We still have a lot of fights, so we plan to write more history and show that we are here. Being high in the mountains, we can reach certain heights and successes.”

Khabib Nurmagomedov also discussed his new UFC contract. His manager Ali Abdelaziz recently referred to it as the richest contract in the UFC, but the lightweight champion was reluctant to go that far.

“Frankly speaking, I would not like to disclose the terms of the contract,” Khabib said. “They are very good and most importantly, the brothers were extended, one was signed, the deadline was removed, we made some concessions, they went to some and came to some common denominator that is beneficial to all.

“If I say it is one of the best, it will somehow be wrong. I guess you can put it in the top three, some of the best conditions, contracts and agreements that have ever been concluded with the UFC.”

What do you think the future holds for Khabib Nurmagomedov ahead of UFC 242?