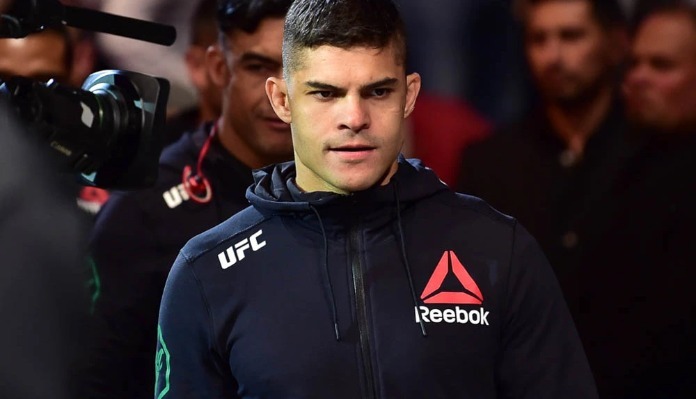 Kazula Vargas thinks Paddy Pimblett is overrated and he plans to show that at UFC :ondon.

Vargas is set to take on Pimblett at UFC London in an intriguing lightweight fight. Pimblett is a hyped-up prospect and gets the hometown treatment on Saturday night.

Despite ‘The Baddy’ being a former Cage Warriors champion, Vargas thinks Paddy is overrated and he believes it shows in the odds. Pimblett is a -500 favorite while Vargas is a +360 underdog, but Kazula is confident he can pull off the win as he believes Pimblett is overhyped. He also says there are a ton of holes he’s eager to expose.

“I actually think he’s a bit of a kid,” Vargas said at media day (via MMAJunkie). “He’s got good things, but he’s got a lot of bad things, as well. … He’s probably overrated. I think he’s got a lot of holes in his fights, and I’ll try and take advantage of that, but like all UFC fighters, we’re here because we’re the best, and we’ll try and take advantage of those holes.”

Kazula Vargas picked up his first UFC win his last time out and now plans to derail the hype train of Pimblett on Saturday. He is 12-4 as a pro and just 1-2 inside the Octagon, but remains confident he will be able to hand Paddy his first promotional loss and silence the crowd on Saturday night at UFC London.

Pimblett, meanwhile, knocked out Luigi Vendramini in his debut back in September and is looking to follow that up with a big stoppage win over Vargas.

UFC London goes down on Saturday and will be headlined by a heavyweight bout between Alexander Volkov and Tom Aspinall. Stay locked to BJPENN.com for all the latest news and results involving UFC London.

Do you think Kazula Vargas will beat Paddy Pimblett at UFC London?