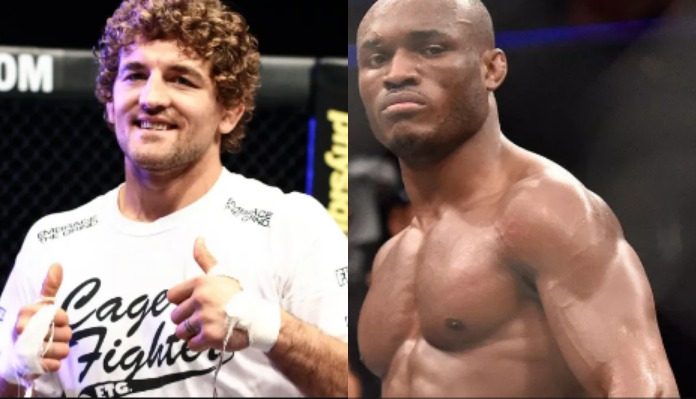 The welterweight division is one of the deepest and best that MMA has to offer. Yet in the UFC, things are looking somewhat complicated at the top right now.

With Kamaru Usman’s emergence as a top title threat and the long-awaited arrival of Ben Askren, the two have been making more noise than the champion Tyron Woodley and interim champion Colby Covington.

With Woodley and Covington seemingly set on a crash course to face each other one day since Covington’s crowing at UFC 225, roadblocks keep on coming up for one reason or another. Regardless, they still want to fight each other.

Usman and Askren however, want to fight pretty much anyone. And after Askren’s recent targeting of Usman in the case that the UFC needs them to save the day at UFC 233, it presents them with the possibility to fight next.

If that was the case, it’s safe to say that Usman is pretty confident in how it would play out.

“The real problem is Tyron. I’m tired of being nice, you know? Like listen, everything aside, I have mutual respect for Tyron, man. I think he’s a phenomenal guy, he’s been a great champion. But he creates a lot of these problems. And I understand a part of his argument saying that ‘Hey, you know, I’ve been fighting very, very frequently. I want a little bit more time in between,’ I understand that. Then come out and say that. Don’t come out and say you’re fine and you’re ready to go and not defend your belt when they ask you to fight. That’s the problem here.”

For Askren, if Usman were to knock him out it would be his first career loss in his 19-fight career. And for Usman, it would be his seventh career knockout (second in the UFC).

Askren is currently set to make his promotional debut at UFC 233 on January 26 against the former champion Robbie Lawler.