Kamaru Usman claims no additional weight is needed to compete at 205 lbs: “People don’t understand what my death grip is like”

UFC welterweight champion Kamaru Usman claims he wouldn’t need to put on any weight to compete against the promotions top 205lbs fighters.

Usman (20-1 MMA) is set to defend his 170lbs title in a rematch against Leon Edwards in the headliner of Saturday’s UFC 278 pay-per-view event. Should he once again emerge victorious over the Birmingham native, ‘The Nigerian Nightmare’ has flirted with the idea of making the jump up to light heavyweight (205lbs) for his next fight.

“We’re gonna go in there and we’re completely focused on Leon Edwards,” Usman told TMZ Sports. “But after Leon Edwards, we have our sights set on [light-heavyweight], whether it’s Jan (Blachowicz) or whether it’s Jiri (Prochazka), whoever it is, that’s what we want.”

Kamaru Usman continued, “I want to prove to the world that there’s a reason why they say pound-for-pound. That means pound-for-pound at any given time, any given moment, any given weight, I can go in there and not only hold my own, I can be victorious. I wanna be able to prove that.” 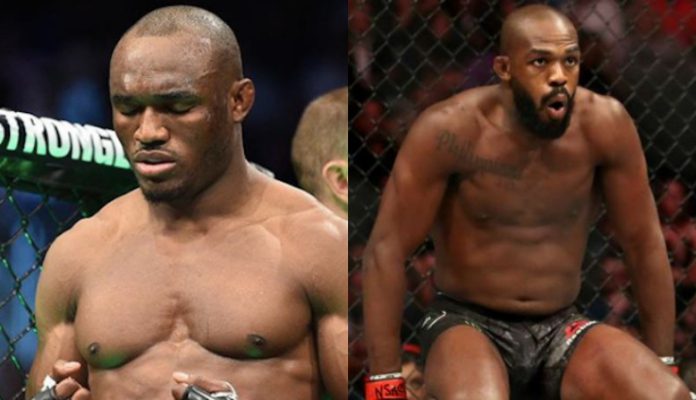 While fielding questions from reporters at the UFC 278 media day, Usman was asked what changes he would need to make in order to compete at light heavyweight (h/t MMAJunkie).

“I have an approach of how I want to fight those fights in my head, which usually comes out when everything else is failing in a fight.”

Are you surprised that Kamaru Usman would not consider putting on any additional weight for a potential move up to light heavyweight? Share your thoughts in the comment section below Penn Nation!

This article appeared first on BJPENN.COM
- Advertisement -
This article appeared first on BJPENN.COM
Previous articlePaulo Costa plans to “retire” Luke Rockhold at UFC 278: “You are too old”
Next articleJon Jones hints that he will be returning to action at UFC 282: “My goal, my dream is to have my first heavyweight title fight look like my first light heavyweight title fight”