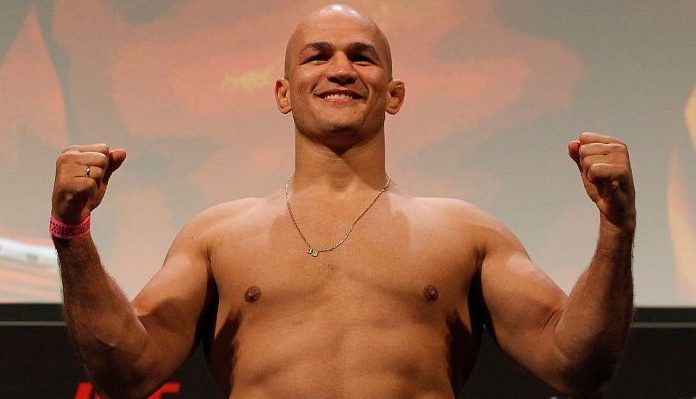 Junior dos Santos will be off to boxing.

The former UFC heavyweight champion in dos Santos signed with S-Jam BOXING a boxing management company. They will be co-managing him and fight news will be coming soon.

Junior dos Santos was released from the UFC after his loss to Ciryl Gane at UFC 256 in December of 2020. It was his fourth loss in a row as he lost to Gane, Jairzinho Rozenstruik, Curtis Blaydes, and Francis Ngannou all by TKO.

Since the release, the Brazilian says he has been in talks with several promotions to get a deal done, but it never came to fruition. dos Santos also said he wanted to go into boxing but wasn’t sure if it would happen.

“We were talking with bare-knuckle (BKFC), Bellator, PFL, some boxing conversations as well,” dos Santos told MMA Junkie back in August. “I would love to do a boxing fight, but it’s hard to find heavyweights with enough courage to take a fight. These guys are just talking, but let’s see what’s gonna happen. I’m not in a rush. I’m enjoying my time and as soon as we have a good deal, we’re gonna move on. My next step is, and I feel like it’s an important step, I just don’t want to go ahead and do it. I want to do it right.”

With Junior dos Santos now signing with a management company, a boxing fight is imminent. Not only does he plan to box, but JDS plans to make a run up the division and eventually fight and beat Anthony Joshua, Deontay Wilder, and Tyson Fury.

“Anthony Joshua, Deontay Wilder, Tyson Fury. I really believe at some point it’s going to happen. I’m going to have a big fight against one these guys, and I will beat them up,” dos Santos in the promo.

When and who dos Santos will fight in his boxing fight is uncertain. But, the former UFC heavyweight champion will be off the squared circle.

How od you think Junior dos Santos will do in boxing?