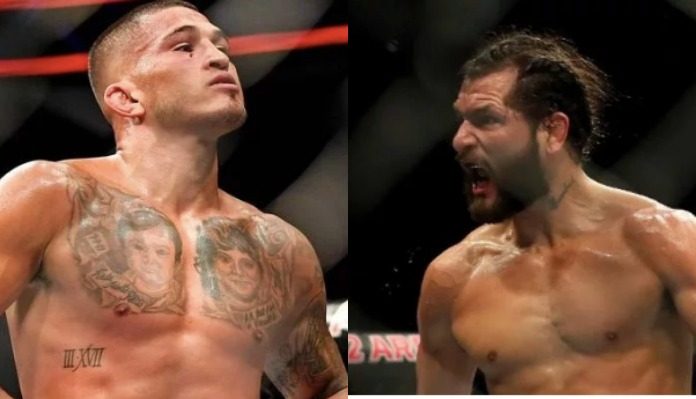 Jorge Masvidal and Anthony Pettis both have huge fights on the horizon. Masvidal will take on Ben Askren at UFC 239 on July 6, while Pettis is set to meet Nate Diaz at UFC 241 on August 17.

Long before these two welterweight contenders return to the Octagon, however, they’ll meet each other on the grappling mats. This bout will be promoted by DT Promotions, and will go down inside the Pensacola Bay Center in Pensacola, Florida on June 15.

ESPN was the first to report this exciting BJJ super fight.

Anthony Pettis and Jorge Masvidal won’t be the only UFC stars featured on this grappling pay-per-view. UFC middleweight contender Yoel Romero, a friend and training partner of Masvidal, will also reportedly compete on the card. At this time, it’s not known who Romero will meet on the mats.

This event will be in support of  the Bully Proof Foundation.

Who do you think will come out on top when Jorge Masvidal and Anthony Pettis meet on the grappling mats this June? Make your pick in the comments section below.