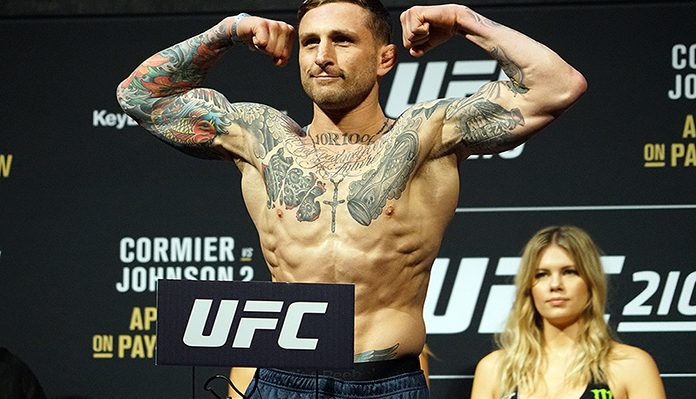 An intriguing lightweight bout between Gregor Gillespie and Diego Ferreira has been added to the UFC Fight Night card on May 8.

Gillespie was supposed to fight Brad Riddell last month, but the fight was scrapped on fight day when Riddell was pulled from the card due to COVID-19 protocols. Instead of re-booking that fight, the UFC matchmakers have gone and given Gillespie a new matchup against Ferreira in what is a battle between top-15 ranked lightweight. ESPN’s Brett Okamoto was the first to report the matchup, which will take place on the May 8 card headlined by TJ Dillashaw and Cory Sandhagen. The card will likely take place in Las Vegas.

Gillespie (13-1) is the No. 15 ranked lightweight fighter on the UFC roster. The 34-year-old Long Island native is 6-1 overall in the Octagon with wins over Yancy Medeiros, Vinc Pichel, Jordan Rinaldi, Jason Gonzalez, Andrew Holbrook, and Glaico Franca. His lone loss in the Octagon came against Kevin Lee in his last outing at UFC 244 in November 2019. Gillespie suffered a brutal knockout loss in that fight via head kick and he hasn’t fought since then. The fight with Riddell was supposed to be his long-awaited comeback to the Octagon, but after the match was cancelled, he will have to wait until May in order to fight Gillespie.

Ferreira (17-3) is the No. 12 ranked lightweight fighter in the UFC. The 36-year-old Brazilian is 8-3 overall in the UFC, with notable wins over the likes of Anthony Pettis, Mairbek Taisumov, and Rustam Khabilov. He is coming off of a split decision loss to Beneil Dariush in his last outing that stopped him from getting a top-10 opponent. However, he will still get a top-15 opponent when he takes on Gillespie this coming May.

Who do you think wins this lightweight bout between Gregor Gillespie and Diego Ferreira?