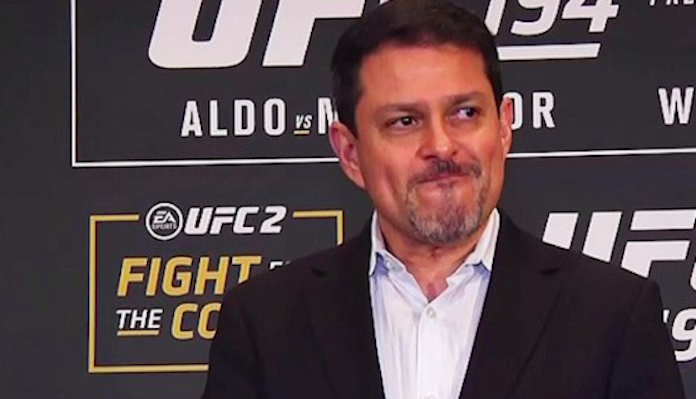 He testified regarding his negotiating and contract practices during his time at Zuffa LLC (the company that formerly owned the UFC). During the certification hearing, Silva gave the court a rare insight into the revenue splits, salaries and locker room bonuses during the Zuffa-era.

According to Silva, the aim of handing out locker room bonuses was to align a fighter’s pay with their actual performance. He explained they are discretionary sums determined in a follow-up conversation with the UFC management.

“Now, there was other bonuses, too, that were not discussed that were not Fight of the Night,” Silva said (transcript via Forbes). “That’s what I believe this chart references, that for a long period of time what would happen is after a show would end, the next day, for Monday, I would summarize the card to Dana [White], Lorenzo [Fertitta], Sean [Shelby], and I’d say, here’s what happened in every fight, and here’s money that’s not Knockout of the Night or Fight of the Night, here’s extra bonuses that I think these guys are worth. And I would make suggestions, this guy lost, but it was a good fight, he did that, I think he should get 3,000 extra; I think that that guy should get 10,000 extra. And I’d go down the whole card.”

Silva had the freedom to approve contracts and early fight cards. He revealed that he had “probably 85 percent,” responsibility for negotiations. However, Dana White or former UFC owner Lorenzo Fertitta would get the final say on main event fights and locker room bonuses.

In the hearing, Silva explained his logic for standardizing Fight of the Night and Performance of the Night bonuses to $50,000.

“There was a time where a bonus amount was different from show to show based on how big the show was,” Silva said. “But that caused a problem, which I solved, where it was just like, well, your people, maybe they’re not the highest-ranked guy, but they’re very exciting, and they get bonuses, and he doesn’t want to go out and fight on this small show, because lesser bonuses, and he’s a bonus machine. So to avoid people wanting to skip shows because the bonuses are different, it’s like let’s just make them all standard for all the shows.”

Silva’s statement brings more revelations to the anti-trust lawsuit case and unveils the cogs and gears behind the UFC machine. It gives an insight into the financial structuring of contracts and event pay-outs, and how this affects the business and financial growth of the company.