Donald Trump Jr will in fact be cageside to support Colby Covington at this weekend’s UFC event in Newark.

The former UFC interim welterweight champion, Colby Covington (14-1 MMA), had been dropping hints that Donald Trump Jr, and potentially his father, would be in attendance at UFC Newark.

Those claims were made official earlier this evening, and Donald Trump Jr even gave the following statement on why he supports Colby Covington.

“The reason I’m a fan of Colby is because he’s a winner who talks a lot of trash, but always backs it up … Just like someone else I know.” Trump Jr said hinting at his father. “I’m excited to be there cageside on Saturday to support him.”

Donald Trump Jr will be accompanied by his brother Eric Trump on Saturday evening.

With that said, the United States President, Donald Trump is not expected to be in attendance at UFC Newark.

Colby Covington will look to use the Trump brothers support to help propel him to a seventh straight octagon victory this weekend against Robbie Lawler. 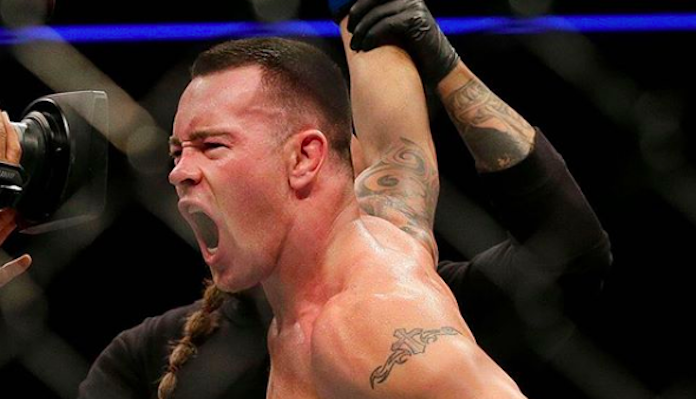 ‘Chaos’ has not competed since UFC 225 in June of 2018, where he defeated Rafael dos Anjos via unanimous decision to claim the promotions interim welterweight title.

Covington was later stripped of his belt, this after he was unable to compete against Tyron Woodley at UFC 228.

Meanwhile, Robbie Lawler (28-13 MMA) will be looking to snap a two-fight losing streak when he squares off with Covington at UFC Newark.

In his most recent effort at UFC 235, ‘Ruthless‘ suffered a controversial first round submission loss to Ben Askren.

Are you surprised that Donald Trump Jr will be in attendance to support Colby Covington in his fight with Robbie Lawler at this weekend’s UFC Newark event? Sound off in the comments section PENN Nation!