Darren Till will be making the walk to the Octagon for the first time in 2022 on December 10 at UFC 282.

According to ESPN’s Brett Okamoto, Till will fight Dricus Du Plessis at UFC 282, with the bout being verbally agreed to. The event is expected to take place at the T-Mobile Arena in Las Vegas, Nevada with the main event TBD.

Darren Till (18-4-1) has not fought since September of 2021 when he suffered a submission loss to Derek Brunson. Prior to that, he dropped a decision to Robert Whittaker after defeating Kelvin Gastelum in his middleweight debut. 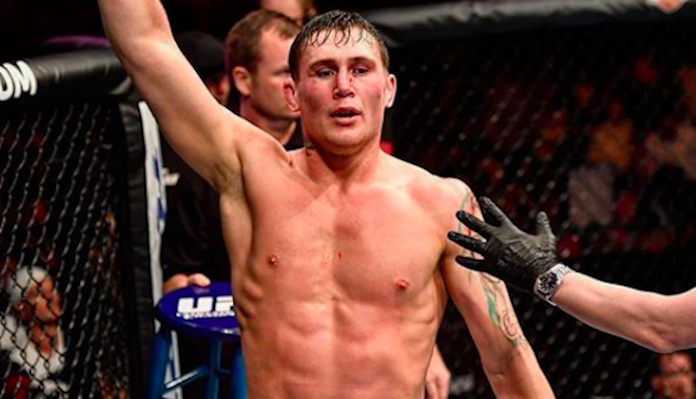 Till is just 1-4 in his last five as he also was knocked out by Jorge Masvidal and suffered a submission loss to Tyron Woodley for the welterweight title. The Brit was expected to return at UFC London in July against Jack Hermansson, but pulled out with an injury and recently, he said he is planning a major comeback in 2023 and this fight will be the beginning of it.

”[Getting a] massive fight against one of the best strikers in the division, so this is all just about getting back now… Yeah, I’d say in a few months’ time, I’ll be ready,” Till said to ESPN recently. “I want to have two fights by the end of this year. Two fights, and then next year’s a big year. The comeback is on.”

Dricus Du Plessis (17-2) is coming off a decision win over Brad Tavares at UFC 272 in a back-and-forth war. The South African is 3-0 in the UFC with a KO win over Trevin Giles at UFC 264 and knocked out Markis Perez in his debut. Before signing with the UFC, Du Plessis was the former KSW welterweight champ and had a notable win over Roberto Soldic.

With the addition of Till vs. Du Plessis, UFC 282 is as follows:

Who do you think will win, Darren Till or Dricus Du Plessis?

This article appeared first on BJPENN.COM
- Advertisement -
This article appeared first on BJPENN.COM
Previous articleNate Diaz says he was “nowhere near” a new contract, claims he told the UFC to sign all his friends in order for him to re-sign
Next articleJulian Erosa believes he has to make it a “dirty” and “crazy” fight against Hakeem Dawodu at UFC 279: “I’m a bonus chaser”