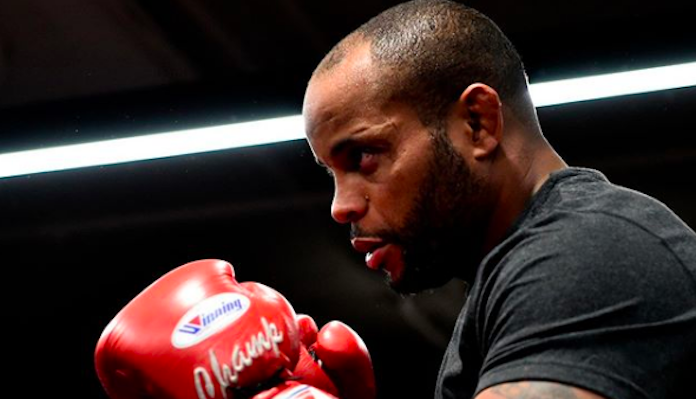 With Brock Lesnar’s UFC return reportedly off the table, UFC heavyweight champion Daniel Cormier is now booked to defend his title against the very man he won it from, Stipe Miocic. The pair will collide at UFC 241 this August.

The first time the two fighters met, Cormier won by first-round knockout, ending Miocic’s reign as the most dominant champion in UFC history. Since then, Cormier has fought once, defeating Derrick Lewis by submission. Miocic has not competed since, adamant instead that he deserved an immediate rematch with Cormier on the basis of his accomplishments as the former champ.

Daniel Cormier isn’t sure that was the right approach. In fact, he thinks that by holding out for an immediate rematch, Miocic was acting entitled.

“I did not like the approach he took,” Cormier said of Miocic on Ariel Helwani’s MMA Show this week (transcript via MMA News). “I just think he’s so good, even if he’d fought over the course of the year, he still would be in this same position. So I don’t feel I have to be nice to him anymore.

“The whole time I said he was a bit entitled. These are conversations we had with the company. He was just as happy as I was. So to make it seem like I was doing something wrong after I was the one that won the fight, I just felt like it was unfair. … I’m not wronging this guy. I’m doing exactly what we were told to do after our first fight.”

While Daniel Cormier initially preferred the idea of a lucrative money fight with Brock Lesnar to an immediate do-over with Stipe Miocic, he’s always maintained that he was willing to give the former champion a rematch just as soon as we was recovered from his recent back surgery. So, for who claimed he claim he was ducking Miocic, he ha a message:

“You guys are so stupid,” he said. “I couldn’t physically do it.”