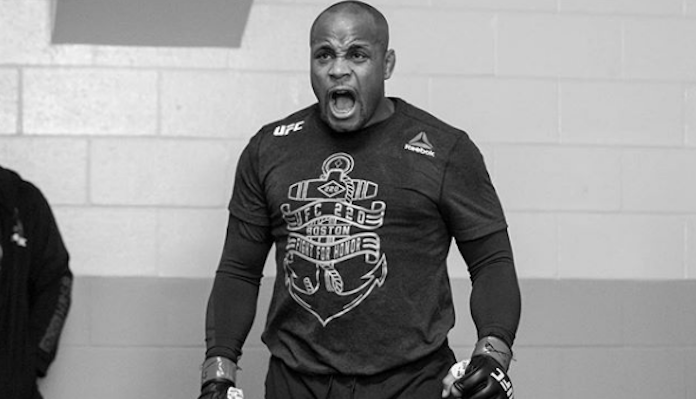 Being a dual division champion is one of the rarest accomplishments achievable in MMA. But the few that have achieved it haven’t always gotten the opportunity to defend both titles.

Add Daniel Cormier to that list who will be stripped of his light heavyweight crown come UFC 232 on December 29 when Jon Jones rematches with Alexander Gustafsson. Both of which are former adversaries of Cormier’s.

Of course, no champion ever wants to have one of their titles taken away from them but Cormier understands that the show has to go on in both divisions as he told FloCombat.

“Initially, I was very disappointed they were going to give [Jones] the title fight because I really didn’t do anything wrong to get stripped, but I understand the organization has to move forward.

The reality is I was okay with the decision a little bit more due to the fact that whoever wins the fight, if I decide to go back to 205 [pounds], I’m guaranteed the title fight.”

For Cormier, he will be defending his heavyweight title for the first time next month at UFC 230 on November 3 in Madison Square Garden when he faces Derrick ‘The Black Beast’ Lewis.

Having spent time in the Octagon with both Jones and Gustafsson, Cormier has an idea of who will take the win in the light heavyweight title clash.

“I think [Jones] wins the fight. I think Gustafsson is a fantastic fighter. I just believe that he caught him on a night when it was like this fight for me with [Derrick] Lewis. Nobody gave Alexander a chance, and I think Jon took that mindset into the fight too, and that’s why the fight was so close.

I shared the Octagon with both and I think Jones is just a better fighter. I’ve got to be honest with you.”