Dana White has sent a warning to any fight fans that plan on illegally streaming UFC 257.

In the main event of UFC 257, Conor McGregor is set to face Dustin Poirier in a highly-anticipated fight. The event will do massive pay-per-view numbers but illegal streams have been a problem for combat sports so White plans on putting an end to that.

A fan responded to a promo for the fight on White’s Instagram page saying “Can’t wait to pirate the fuxk out of this thanks Dana I’m excited.” Of course, White saw that and issued a fiery response.

“And I can’t wait to catch u!! Gotta a surprise for u mother f*****s this year,” White responded. 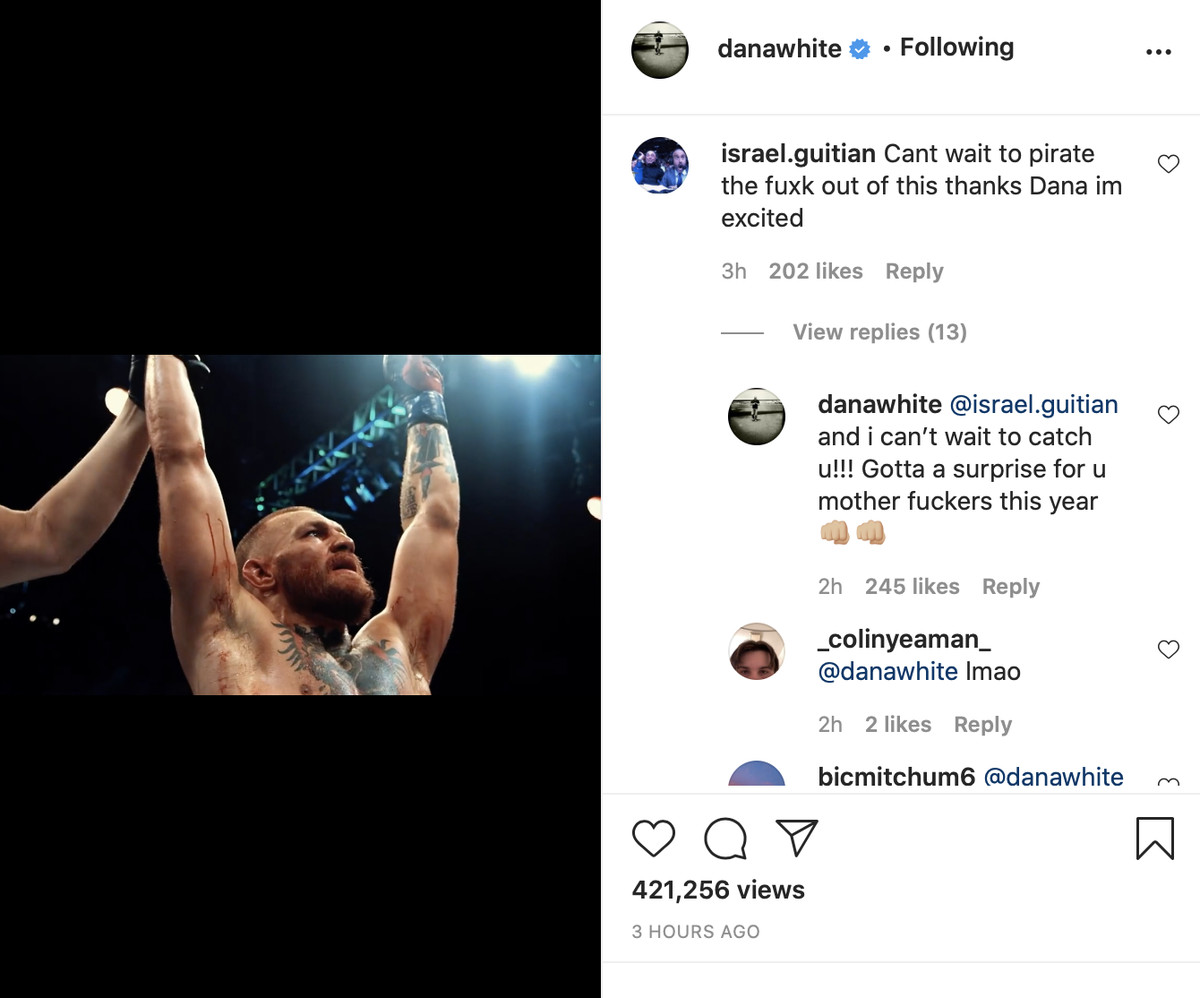 Illegally streaming fights have been a problem for years, as in 2011 they tried to take it to court as they believed they were losing $30 million a year. Dana White has also been vocal about piracy throughout the years.

“It’s an illegal situation that is costing us millions of dollars a year,” said Ike Lawrence Epstein to the reviewjournal, Zuffa’s executive vice president and general counsel. “It’s very valuable content that they are illegally pirating.”

It should come as no surprise that Dana White and the UFC are taking this seriously. Ahead of UFC 229, which saw Conor McGregor face Khabib Nurmagomedov, the promotion partnered with VFT Solutions to monitor piracy across live streaming social media sites during the event.

“Make no mistake. Live streaming a UFC event without our permission is theft,” said Hunter Campbell in a press release, Chief Legal Officer and Executive Vice President of UFC. “You are robbing UFC and the incredible men and women who compete in the Octagon. With assistance from VFT Solutions, we can identify all those who are participating in this unlawful conduct, shut it down, and direct fans to legitimate viewing sites.”

What Dana White has in store for people who illegally stream UFC events is uncertain at this time.

What do you make of these comments from Dana White, PENN Nation?