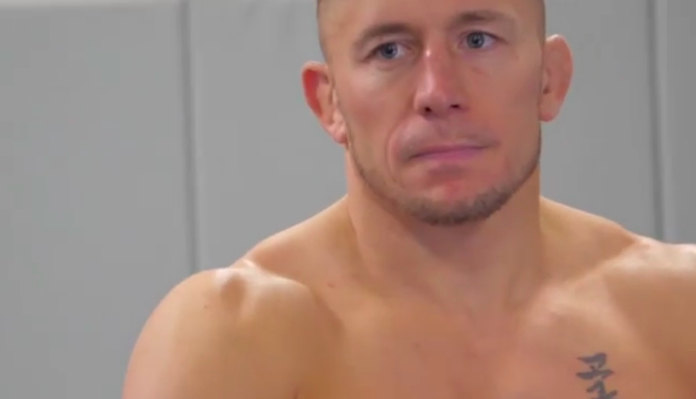 It seems that former UFC welterweight and middleweight champion Georges St-Pierre is hanging up the gloves.

According to a report from Benoit Beaudoin of RDS, the Canadian legend is holding a press conference at the Bell Centre in Montreal on Thursday morning, where he will announce his retirement from MMA. This retirement has allegedly been spurred on by failed negotiations for a fight with UFC lightweight champion Khabib Nurmagomedov.

Many members of the MMA community, unsurprisingly, are already positing that this could be a negotiation tactic from Georges St-Pierre. That being said, the Canadian MMA legend has long been floating retirement, and given that he’s now 37 years old, it’s possible that he simply believes the time has come.

Georges St-Pierre last fought in November of 2017, in the main event of UFC 217. On that night, he returned to the cage after a prolonged absence, defeating Michael Bisping to claim the UFC middleweight belt. St-Pierre vacated the middleweight title shortly thereafter.

His next most recent fight occurred all the way back in November of 2013, when he defended his well-guarded UFC welterweight belt with a split decision win over Johny Hendricks.

Do you think this is really the end for Georges St-Pierre?