Aljamain Sterling is brimming with confidence ahead of his bantamweight title shot against Petr Yan at this weekend’s highly anticipated UFC 259 event.

This Saturday on pay-per-view the UFC will hold a total of three title fights, which includes a men’s bantamweight bout between Yan and Sterling.

Aljamain Sterling (19-3 MMA) will enter the contest on a five-fight winning streak, his most recent being a first round submission victory over Cory Sandhagen at UFC 250.

Meanwhile, Petr Yan (15-1 MMA) will enter the Octagon at UFC 259 sporting a ten-fight winning streak, his latest being a fifth-round TKO victory over MMA legend Jose Aldo at UFC 251.

While Aljamain Sterling is certainly not underestimating the Russian champion, he does believe that Yan has yet to legitimize the promotions bantamweight crown.

“I do think he has to legitimize himself and he has to beat me,” Sterling told MMA Fighting. “I can’t see anybody else who can do that for him. I’ve beaten just about everybody in this weight class or fought everybody in this weight class just to get to this position. I’ve had 13 UFC fights, this is going to be my 14th fight, finally getting the title shot. He’s had seven fights and the guys he’s fought, in terms of the caliber of opponents, I’ve been in that top five gauntlet for quite a bit now.” 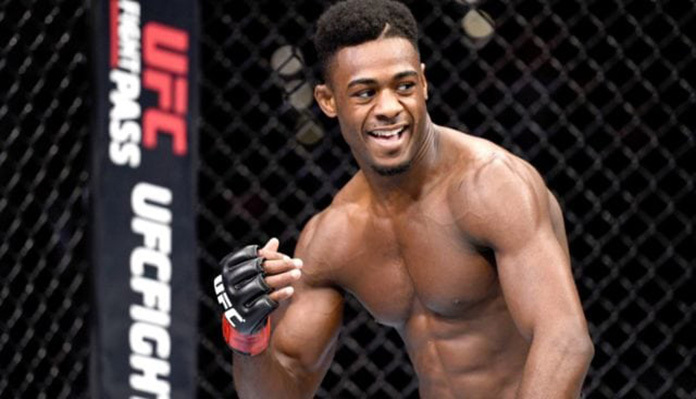 Aljamain Sterling continued where he suggested that Petr Yan has been getting off easy by fighting old men.

“I know he’s a bad dude. But at the end of the day, he’s beaten up a lot of old men and he has to beat a young lion still,” Sterling suggested. “I think for him he wants to prove this more than anything and I think that’s his driving factor. To prove he really is the champion. For me, it’s to prove he’s been the paper champ this entire time and the real champ was the guy who fought Cory Sandhagen and finished the fight in under two minutes.”

What do you think of these comments from Aljamain Sterling ahead of this Saturday’s title fight with Petr Yan at UFC 259? Share your thoughts in the comment section PENN Nation!