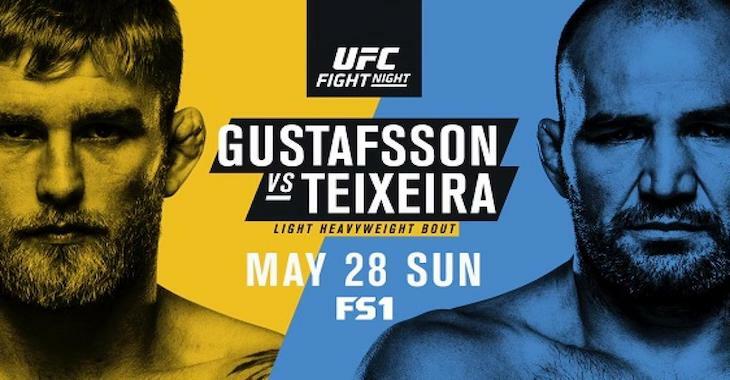 On Sunday afternoon, the UFC returned to the beautiful country of Sweden with UFC Stockholm, an exciting 12-fight card that emanated from the city’s Ericsson Globe Arena. Atop this 12-fight card was a key light heavyweight showdown between the UFC’s number one and two ranked light heavyweight contenders: the pride of Sweden himself Alexander Gustafsson, and dangerous Brazilian finisher Glover Teixeira.

In the end, this bout went to Gustafsson, who was clearly the faster, sharper man from the get-go. Though Teixeira demonstrated remarkable resolve and durability throughout the fight, he could only absorb Gustafsson’s crackling combinations for so long, and was ultimately put down by beautiful combination in the fifth.

Unsurprisingly, Gustafsson’s victory generated some interesting reactions from his fellow pros. So too, did his post-fight marriage proposal to his girlfriend and the mother of his new baby (she said yes).

Without further ado, here’s how the MMA community reacted to the UFC Stockholm main event, and Gustafsson’s proposal:

That was sick! Triple uppercut! Gus looks like the best version he’s ever been! 👏🏽 #UFCStockholm

I’m getting that itch!
Show these boy’s how to throw an uppercut the Right way!

Look at weak ass @POSTERBOYJM clapping and shouting like a cheerleader for alex Haha he gon give alex his title shot!

Wow! That was a beautiful finish by @AlexTheMauler! And hats off to @gloverteixeira for never giving in! @ufc

What a fight! Glovers tendency to dip his head off the jab meaning he’s open to the uppercut the story of this fight.

What did you think of Alexander Gustafsson’s destruction of Glover Teixeira?