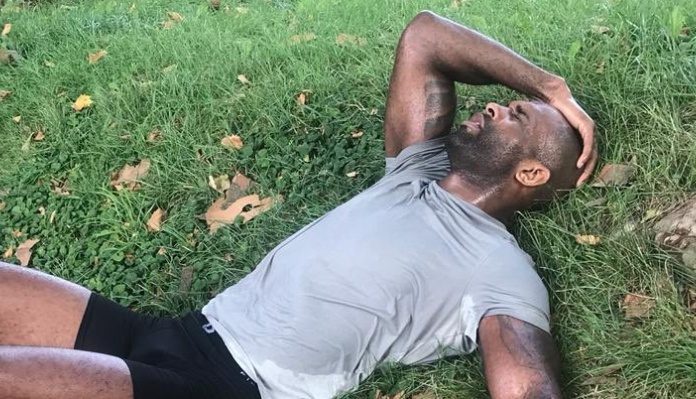 Just when we thought that UFC Sao Paulo couldn’t take any more damage to its lineup, it goes and does just that. The main event has changed once again.

Originally, the UFC’s return event to Brazil this Saturday was to be headlined by hometown favorite, Glover Teixeira who was to welcome the Brit Jimi Manuwa (17-3) into enemy territory.

However, Teixeira would end up suffering an injury that would force him from the main event bout. Which led to top middleweight contender Thiago Santos (18-6) stepping in to replace him against “The Posterboy”.

Well, now that’s not happening either.

MMAJunkie has reported that Manuwa has been injured out of the bout and filling in for him against Santos will be rising middleweight, Eryk Anders (11-1). The bout will take place in the light heavyweight division. Anders confirmed the news to BJPenn.com.

This fight will go down as Anders’ second bout in Brazil as well as his second time headlining a UFC card. The last time being in February when he suffered a split decision loss to former UFC light heavyweight champion Lyoto Machida.

Most recently, Anders fought at the end of last month as part of UFC Lincoln when he earned a devastating head kick knockout over Tim Williams in the third round.

After the win, Anders immediately began a campaign for a fight with Elias Theodorou who just became in need of an opponent after Antonio Carlos Junior suffered yet another injury after already having their fight pushed back once prior.

UFC Sao Paulo just hasn’t had luck nailing down its top bouts as a few weeks ago the co-main event was lost as well as Ketlen Vieira was injured out of her fight with Tonya Evinger. Here’s to hoping the rest of the card stays intact as we count down the remaining days.