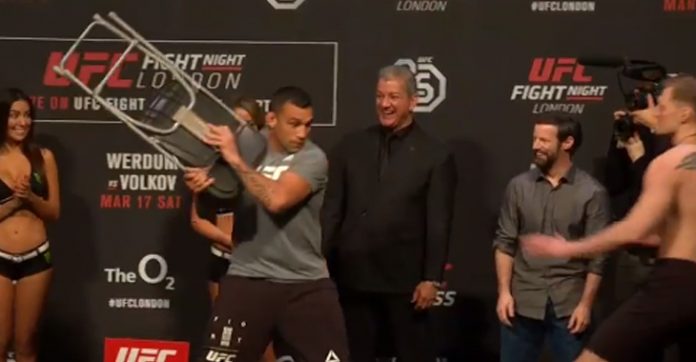 After likely dropping the opening two rounds to Fabricio Werdum, former Bellator heavyweight champion Alexander Volkov was able to turn the tide in round three and would eventually finish the Brazilian submission specialist with strikes in round four.

As for Fabricio Werdum, the former UFC heavyweight champion pocketed $15,000 in UFC Athlete Outfitting Pay for his efforts.

Nineteen of the twenty fighters who participated at yesterdays event in London took home $5,000 or less.

Get all of the UFC Fight Night 127 Athlete Outfitting Payouts below (as obtained by MMAJunkie):