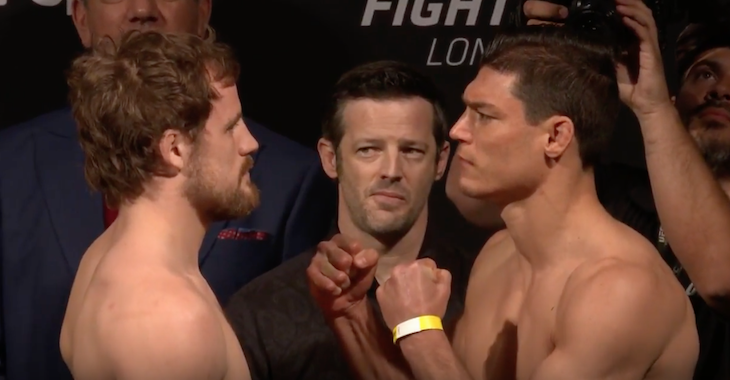 Alan Jouban was able to land some solid kicks while the fight was on its feet in the opening five minutes. However, as soon as Gunnar took the contest to the ground he was able to dominate Jouban with his sensational grappling techniques.

Early in the fights second-round Gunnar was able to catch Jouban with a hard punch that sent Alan staggering back towards the cage. Gunnar followed up with a high kick and then dragged Jouban to the floor where he promptly submitted Alan with a guillotine choke.

Here is how the pros reacted to Gunnar Nelson’s impressive submission victory:

I'm so confused. That punch landed on the forehead, and did that kind of damage? Threw the equilibrium completely off! #UFCLondon

I keep watching this, and I'm still in awe. Like how Sway?! HOW?! Power level must've been hidden on 9,000!!!!#UFCLondon #GunnarNelson https://t.co/hL7yfPEx5v

Who would you like to see Gunnar Nelson fight next? Sound off PENN Nation.

Check out the full play-by-play from the UFC Fight Night 107 Gunnar Nelson vs. Alan Jouban bout below.