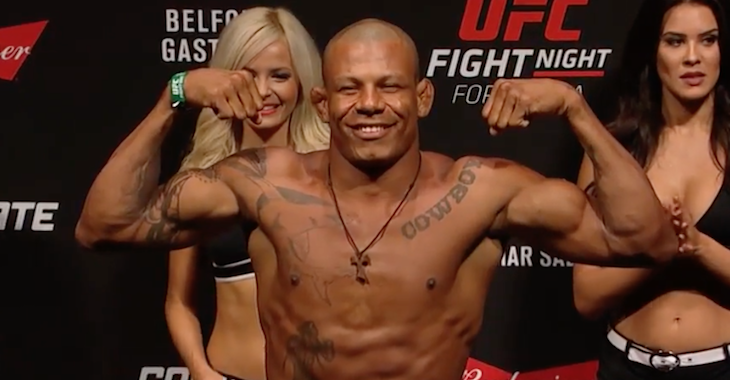 Round one begins and Oliveira lands a body kick to start. Means presses forward but misses with a kick of his own. Tim chases after Alex and presses him against the cage. Oliveira turns off the cage and scores a trip. Means working from his back. Oliveira scores with an elbow. Means scrambles and gets to his feet. Oliveira jumps on the back and he lifts Means up and slams him to the floor. Means scrambles up, but Oliveira again drags him to the floor Means rolls and winds up in side control with a little less than 90 seconds left. Means with some short shots but nothing big. Round one comes to an end.

Oliveira misses a huge high kick to start. Means pushes forward, but Oliveira retreats. Oliveira looking for some knees. Oliveira drags Means to the floor. Means looks to scramble, but Oliveira switches to his back. Oliveira gets on the neck and sinks in the choke. This one is over!

Oliveira def. Means via submission (rear-naked choke) at 2:38 of round two