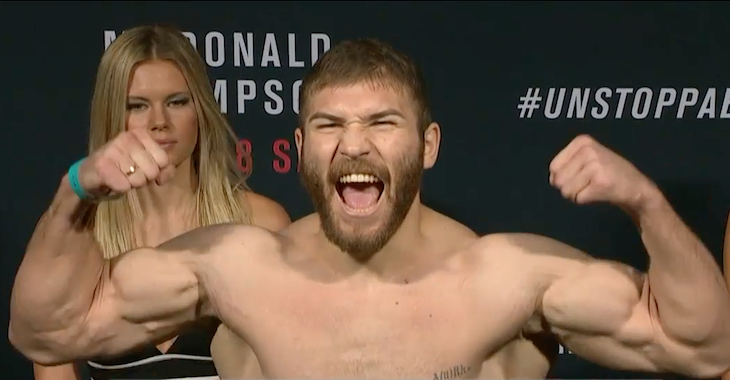 Just like the fight that preceded it, this one was fast.

Ion Cutelaba talked big and hit bigger. The Hulk took out Frankenstein aka Henrique da Silva in less than :30! https://t.co/3jwKrYzP4T

With this ferocious, knockout win, Cutelaba separates himself from a tough, decision loss to Jared Cannonier. The rising knockout artist is now 2-2 in the UFC’s Octagon, and continues to establish himself as a fighter to watch in the talent-starved light heavyweight division.

Da Silva, meanwhile, falls onto an unfortunate, three-fight skid, having been subbed by Paul Craig and decisioned by Jordan Johnson in his last two fights. The Brazilian is now 12-3 overall.

What do you think of Ion Cutelaba? Is the young Moldovan a future title challenger?