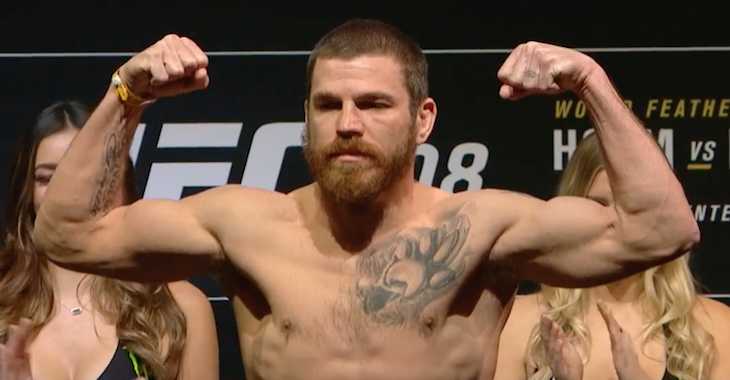 Jim Miller enters tonight’s contest on a four-fight losing skid. His most recent setback occurred this past April when he ate a knee from Dan Hooker in Atlantic City which resulted in a first-round knockout loss.

Miller’s most recent victory came at UFC 205 in November of 2016, where he defeated Thiago Alves via unanimous decision in a catchweight bout.

As for Jim Miller‘s UFC 228 opponent Alex White, “The Spartan” was last seen inside the octagon this past January where he suffered a decision loss to James Krause. Prior to that, White had defeated Mitch Clarke via second-round TKO at UFC 215.

Round one begins and both men are looking to start things off quickly. Miller lands a straight left. That strike appears to stun White. Another left from Miller and White is down. Jim follows him to the ground and begins delivering ground and pound. White scrambles but gives up his back. Miller locks in a rear-naked choke and this one is all over folks. WOW! Jim Miller looked fantastic.

TURNING BACK THE CLOCK! #UFC228 pic.twitter.com/kyXvDzuxT7