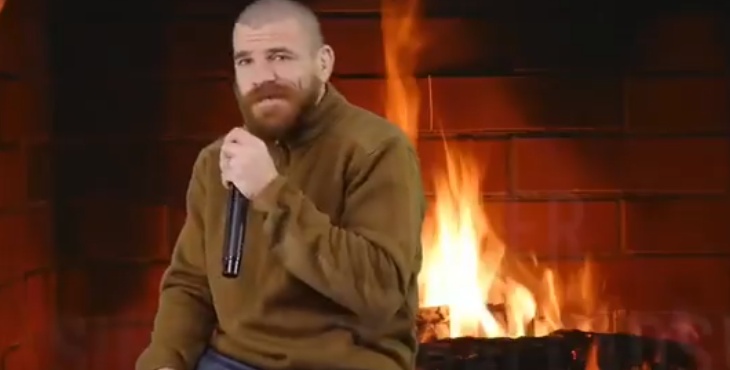 Everybody loves Jim Miller. I mean how can you not? Whenever he steps foot in the cage he’s nothing but pure entertainment. The case seems to be the same outside of the octagon as well. You would never think it, but thankfully the spirit of Christmas and the holiday season has brought out just how talented Jim really is. Without further ado…a Jim Miller holiday special.

My holiday album dropped today. The conservative estimate is that it goes platinum by the end of the weekend. @ufc pic.twitter.com/TOfKMaQjly

It’s always great to see fighter’s showing their lighter, and funnier sides when they have them and it’s great to know that one of the UFC’s most respected veterans falls under that category. Miller last fought in Sao Paulo in October against Francisco Trinaldo which made him the very first person in UFC history to have as many as twenty-eight fights under the banner. Talk about crazy, that’s almost all of his fights! Miller, unfortunately, didn’t come out on top, thus extending his current losing streak to three but no shame in that. The Sparta, New Jersey native only fought some of the best at Lightweight during 2017 in Trinaldo, former UFC and WEC champion, Anthony Pettis and Dustin Poirier.

Despite his older age in fighting years(34 isn’t really old, he’s just had so many fights that we forget he’s that young), Miller has still been incredibly active for someone with the number of fight miles he has on his body. Averaging three fights a year since the start of 2015, who knows when our favorite red-bearded Lightweight will finally start to slow down a bit…not that we want him to. Keep it up, Jim. Happy holidays to the Miller family and all of the BJPenndotcom readers! I now leave you with Mr. Miller’s bonus hits…enjoy.