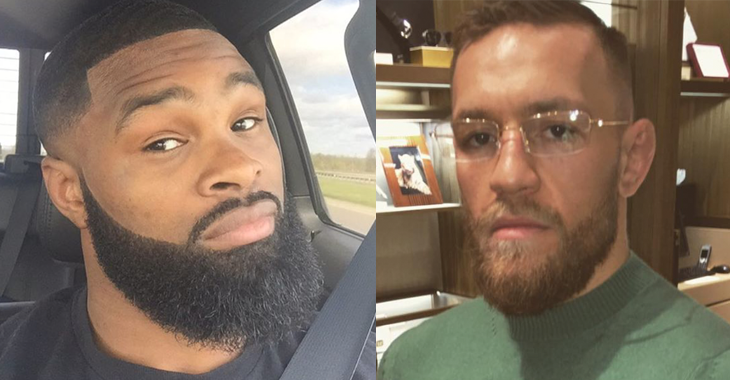 Tyron Woodley is not set on simply making a ton of money and setting himself up comfortably in life and calling it a career. The UFC welterweight champion feels he is on a platform to make a difference in people’s lives and will do his best to make sure his voice gets heard.

With highlighting his own history of racism in the sport of mixed martial arts, Woodley says that he is trying to make a dent in this world in a way that he feels is important. As popularity surges with success in mixed martial arts, Woodley says that there is a big difference with those just looking to make the most money versus others that are also trying to create change. “That’s not my legacy. That’s his legacy. His goals are very clear and simple and I respect him for it to be honest.”

Woodley stressed that his pay is important to him and that he will fight and take a stand on getting paid what he feels he is worth with the UFC, but there are more goals he has in life that have brought him to this stage.

“I didn’t really get into the sport for fame,” Woodley said. “I didn’t get into it to be this infamous guy that everybody worships. I got into this sport to make a difference. Some of the things I’m speaking out on, I knew I would have a platform at some point.