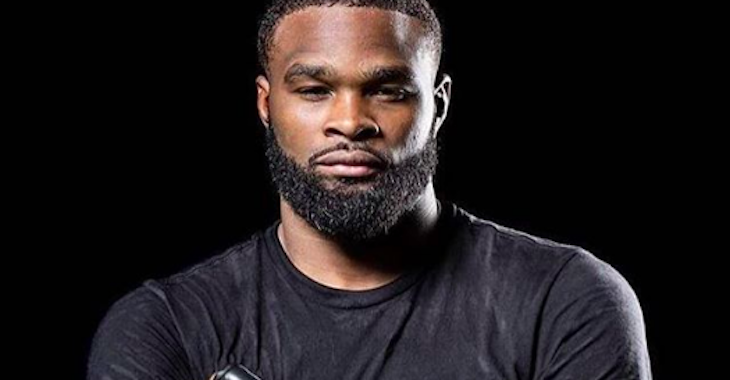 At present, there are two frontrunners in the welterweight contendership race. One is former lightweight champion Rafael dos Anjos, who recently trounced Robbie Lawler. The other is streaking wrestling specialist Colby “Chaos” Covington, who recently thwarted Demian Maia. Both men have a pretty solid case for the next crack at divisional champion Tyron Woodley, but in the opinion of UFC President Dana White, one makes more sense than the other.

White cleared up the welterweight contendership picture on Fs1 in the wake of last Saturday’s UFC St. Louis card.

“As soon as he’s healthy, obviously, RDA is the fight to make, especially the way he looked in the Robbie Lawler fight. We’re just waiting for Tyron to get healthy.”

As White implies, Woodley is currently recovering from a shoulder surgery. When he’s fighting fit, however, it seems the UFC will push for a bout between him and dos Anjos.

Whether Woodley agrees to this challenge, of course, remains to be seen. The champ has repeatedly suggested that neither dos Anjos nor Covington is especially interesting to him. Instead, he’s been angling for fights with bigger names like Georges St-Pierre, Conor McGregor and Nate Diaz.

“I don’t really see a fight that makes sense for me right now,” Woodley told MMAJunkie backstage at UFC St. Louis. “There’s not any clear No. 1 guys. Some guys say RDA. We’ve got a guy who’s bumping his gums; I won’t even give [Covington’s] name any attention. I think the deck needs to be shuffled a little bit more, and maybe a fight that’s more substantial for my career and my legacy will present itself.

“I’m not going to say [dos Anjos and Covington] need to fight [each other],” he added. “Fall back, take a seat. I’m not going anywhere. I’m here for a while. I’m not on the cusp of giving this up. One by one, everybody will get their chance to see what it’s all about. But I really want to fight Georges St-Pierre.”

St-Pierre’s future in fighting, of course, is as nebulous as ever.

Do you think a Tyron Woodley vs. Rafael dos Anjos fight is the right move at welterweight?