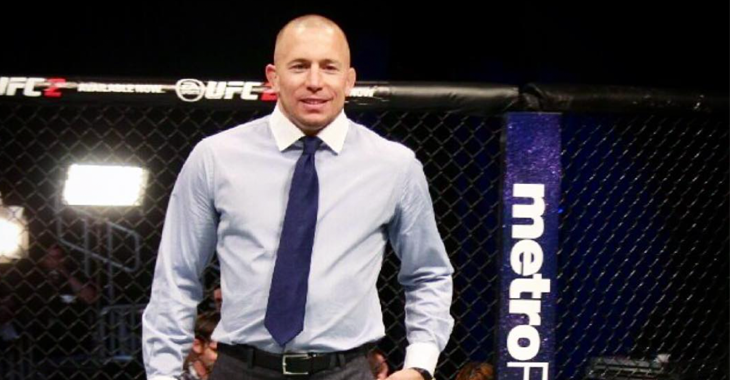 Back in November, former UFC welterweight champion Georges St-Pierre made a triumphant return to the cage, toppling Michael Bisping to win the UFC middleweight title. Unfortunately for St-Pierre fans, however, this comeback is looking more and more like a one-off.

Since then, St-Pierre has vacated the middleweight title, and admitted he’s dealing with ulcerative-colitis. Based on these developments his long time jiu-jitsu coach John Danaher is not optimistic that he’ll ever fight again.

“The truth is no one knows [if he will fight again] because it comes down to medical problems,” Danaher said on the “JRE MMA Show” podcast (h/t MMAJunkie). “Georges has got a problem in his stomach. I’m not going to claim to be a medical expert, but it’s one of the most frustrating things Georges has had to deal with because there’s certain parts of the human body that are just out of your control, and the stomach is one of them.”

“There’s things that can happen in your stomach that you can’t control it. Things likes stress seem to make it worse, and the truth is that no one really knows at this point. So, wherever there’s doubt, my instinct is to think: Do you really want to come back Georges? You’ve done [it] all.”

Danaher also commented on Tyron Woodley’s recent calls for a bout with St-Pierre:

“Absolutely [he would fight Woodley],” Danaher said. “I think Tyron Woodley’s a great champion. I know he gets a lot of stink and a lot of flack. That kid is very, very talented… Tyron Woodley’s a very, very difficult opponent to beat, because people criticize his style, but people don’t understand the difference between regular fighting and championship fighting. Championship fighting is about winning and losing, and you’ve got to do what you’ve got to do to win. That’s the first consideration.”

Do you think we’ll ever see Georges St-Pierre in the cage again?